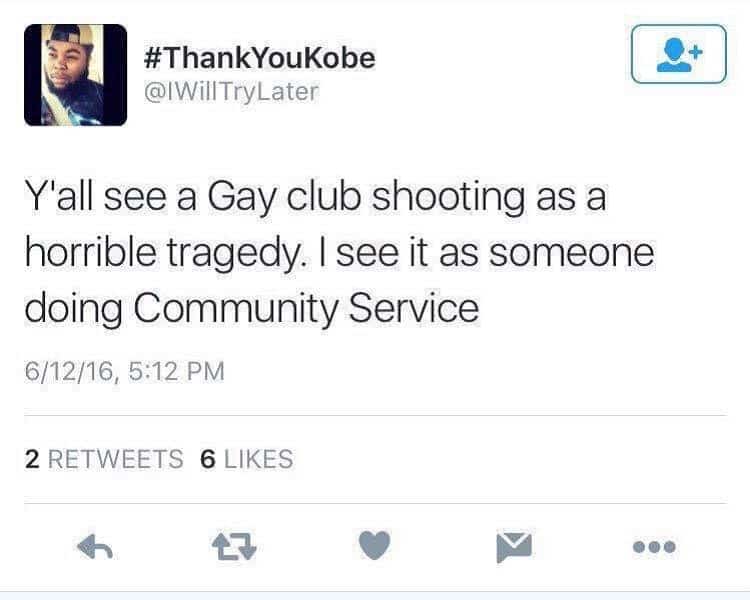 Walmart has fired a Marietta man who tweeted out that the shooting at an Orlando LGBT nightclub that left 50 dead was “someone doing community service.”

The incident started Sunday afternoon when a man using the account @IWillTryLater tweeted out “Y’all see a Gay club shooting as a horrible tragedy. I see it as someone doing Community Service.” As of this morning the man’s Twitter profile said he lives in Marietta, but he has since deleted his location. The Facebook profile for a man matching his description and former job title lists his location as Marietta, Georgia. 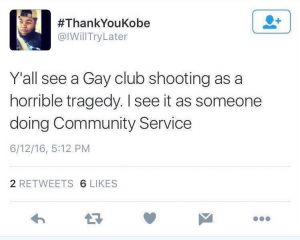 Another user then tweeted screenshots of the offending tweets to Walmart and asked that disciplinary action be taken.

By Monday evening, Walmart tweeted back that they had fired the man.

@Tacky_Nerd We don’t tolerate this kind of behavior.He no longer works for Walmart.Our hearts go out to all affected by the Orlando tragedy.

The man has since deleted his original tweets and replaced his cover photo with one showing himself in a Walmart vest making an obscene gesture. When asked for further comment, Walmart’s corporate office referred us to their original response on Twitter, which came from their official corporate press account and included the original tweet in question. Store managers at Marietta-area Walmarts did not return calls for comment.