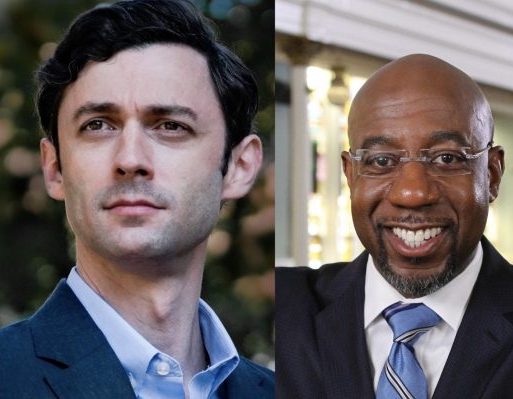 Warnock Continues to Runoff in January, Ossoff Expected to Follow

LGBTQ allies Jon Ossoff and Raphael Warnock are expected to head to a runoff election in January in the hopes of winning Georgia’s two Senate seats.

Warnock has already solidified his place on January’s special runoff ballot, as he and Republican Kelly Loffler both garnered the most votes—32.9 percent and 26 percent, respectively—while not passing the 50 percent threshold needed to win. He and Loeffler will continue campaigning for the Senate seat, which was vacated by Republican Johnny Isakson, who retired. The runoff winner will serve the two years remaining in Isakson’s term.

While a runoff has not officially been called in Ossoff’s race against Republican incumbent David Perdue, with 98 percent of the vote counted, Perdue has dropped below the 50 percent threshold with 49.8 percent. He is still leading the race against Ossoff, who is polling at 47.8 percent.

Ossoff and Warnock are LGBTQ allies, both committing to co-sponsor and vote to pass the Equality Act, which was passed by the House in May 2019 but failed to pass in the Senate. The two have been endorsed by the Human Rights Campaign (HRC) and Mayor of Atlanta Keisha Lance Bottoms.

“We need pro-equality champions like Jon Ossoff and Rev. Raphael Warnock to help usher in a pro-equality majority in the US Senate,” said HRC President Alphonso David in a statement. “Both Ossoff and Warnock will prioritize the passage of the Equality Act if elected, and their historic races will be our highest priority in the coming weeks and months. David Perdue and Kelly Loeffler are anti-LBGTQ extremists who will undermine the rights and well-being for all LGBTQ people. We will continue mobilizing voters to help Jon Ossoff and Rev. Raphael Warnock across the finish line to ensure a pro-equality Congress that will fight to pass the Equality Act and enshrine nondiscrimination protections for all LGBTQ people.”

The runoff election will be held January 5, 2021, with early voting beginning on December 14. You can request an absentee ballot for the election starting November 18.