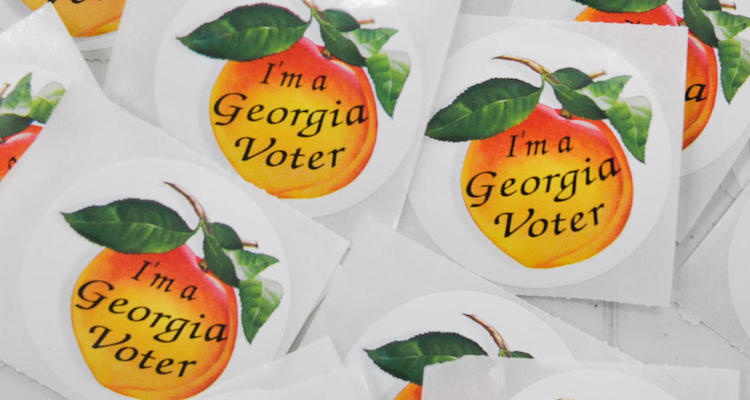 Get Ready to Vote: An Overview of the May 24 Primaries

May 24’s primary election will set the tone for the Governor’s race in November — a race that has already begun to garner national attention.

Stacey Abrams is the only candidate on the ballot for the Democratic nomination, but incumbent Gov. Brian Kemp has significant competition for the Republican nomination. His most notable opponent is former Sen. David Perdue, who has received an endorsement from former President Donald Trump. While Trump has explicitly spoken out against Gov. Kemp after he lost the Presidential election in Georgia, calling him a “complete and total disaster,” Kemp has received an endorsement from former Vice President Mike Pence.

Other Republicans vying for Governor include Catherine Davis, Kandiss Taylor, and Tom Williams.

Because he was elected in a special election to fill out the term of the late Sen. Johnny Isakson, Raphael Warnock will be on the Democratic ballot against Tamara Johnson-Shealey for the nomination for U.S. Senate. Those running for the Republican nomination are Gary Black, Josh Clark, Kelvin King, Jonathan McColumn, Latham Saddler, and Herschel Junior Walker.

“Recent developments from SCOTUS show how important it is to have judges at every level of government that understand the lives of LGBTQ people — that’s one reason why we endorse in judicial races in addition to partisan and local ones,” Jeff Graham, the executive director of Georgia Equality, said in a press release. “It is imperative that LGBTQ Georgians and our allies support and elect officials who are guided by a fundamental belief in equality.”

Georgia Equality’s other endorsements are as follows:

An LGBTQ issue has also found its way onto the Republican ballot. One of the Republican Party advisory questions regards trans inclusion in school sports, but includes transphobic language. Instead of being asked if transgender students should be included on gender-affirming sports teams, Republican voters will be asked if Georgia schools should “allow biological males to compete in female sports.”

Election Day is on May 24, but early voting is going on now. You can find polling locations and hours, as well as sample ballots, online at My Voter Page.