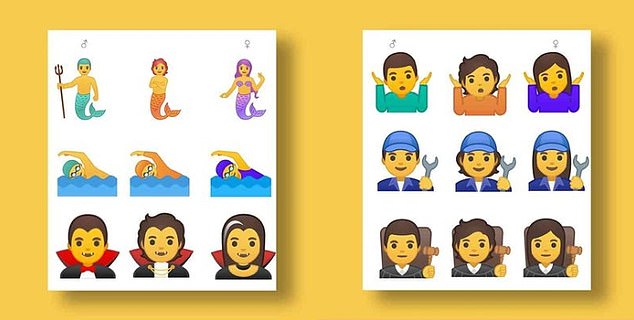 Google will be releasing 53 new non-binary emojis to their phones.

Emojis like the mermaids, vampires, swimmers, and zombies – as well as just normal people and faces – will now have a version that is gender-ambiguous, with emojis lacking any body indicators and having gender-neutral haircuts and facial features.

“We’re not calling this the non-binary character, the third gender or an asexual emoji – and not gender neutral,” director of Android emojis Jennifer Daniel told Fast Company. “But you can create something that feels more inclusive.”

In the interview, Daniel talked about the process of creating a character whose gender is ambiguous – something she found important and necessary.

“There’s not singular way of getting it right,” she said. “Gender is complicated. It is an impossible task to communicate gender in a single image. It’s a construct. It lives dynamically on a spectrum. I personally don’t believe there is one visual design solution at all, but I do believe to avoid it is the wrong approach here.”

“We can’t avoid race, gender, any other number of things in culture and class. You have to stare it in the face to understand it. That’s what we’re trying to do – to [find] the signifiers that make something feel male or female, or both male and female.”

The new emojis will first be introduced to Pixel phones in May and then rolled out to all Android Q phones later this year.