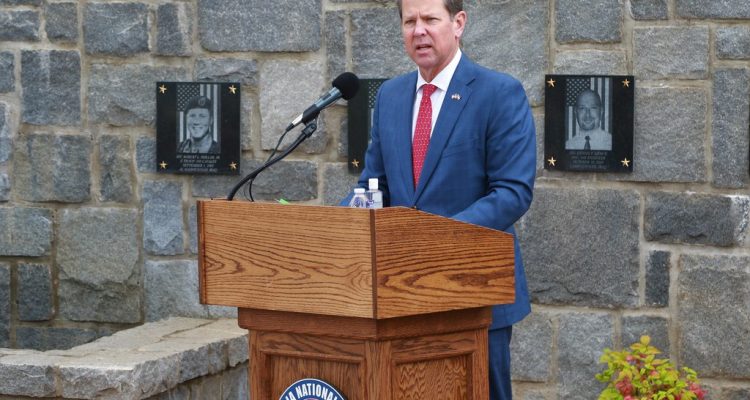 "Gov. Kemp Keynote Address" by Georgia National Guard is marked with CC BY 2.0.

HB 1084 creates an athletics committee with the authority to ban transgender youth from playing on sports teams aligning with their gender identity. The bill also bans the teaching of “divisive concepts” about race in schools. During the bill signing, Gov. Kemp said the bill would “put students and parents first by putting woke politics out of the classroom and off the ball field.”

“Brian Kemp has the opportunity to emulate his fellow Republican governors in Utah and Indiana, who saw through efforts in their states to limit the access of transgender young people to sporting activities and vetoed similar discriminatory bills,” Dewayne Johnson, the Human Rights Campaign’s Georgia State Director, said in a statement. “They knew, as Gov. Kemp surely knows, that there is no basis for this legislation. The bill’s attacks on gender and race are fundamentally arbitrary and not a legitimate legal basis for discrimination.”

“Transgender kids are not creating problems by participating in school sports,” Johnson continued. “Singling them out for discriminatory treatment – preventing them from playing with their friends and enjoying the benefits of athletic activity – serves no one except those who want to fearmonger and further divide Georgians.”

HB 1178 allows parents to challenge any material taught in school, including LGBTQ content, and SB 226 would give school principals the power to ban “obscene” books from their libraries. According to NBC News, more than two dozen states – Georgia included – have banned books in the past nine months, with banned books including “Gender Queer: A Memoir” by nonbinary author Maia Kobabe, “The Handmaid’s Tale,” “Under My Hijab,” and “Beloved” by Toni Morrison.

Kemp is facing four other Republican gubernatorial candidates in the upcoming primary on May 24. With former President Donald Trump endorsing former Sen. David Perdue and railing against Kemp, calling him a “complete and total disaster,” the passage of these bills may be a move to appeal to his Republican voters.