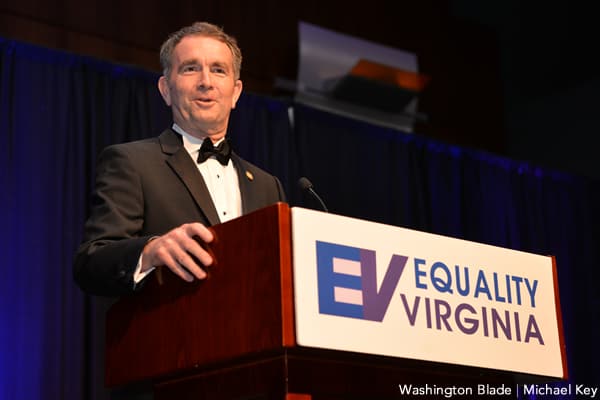 Virginia Gov. Ralph Northam is facing growing calls to resign from the Human Rights Campaign and others after his medical school yearbook page with a picture of two men in blackface and a Ku Klux Klan robe surfaced on Friday.

“Northam must resign immediately,” said HRC President Chad Griffin in a short statement. “The right path forward is for Justin Fairfax to become the next governor of Virginia.”

The National LGBTQ Task Force has also called upon Northam to resign.

Northam, a Democrat who has championed LGBT rights since he took office in 2018, on Friday in a statement said he is “deeply sorry for the decision I made to appear as I did in this photo and for the hurt that decision caused then and now.”

Northam has thus far said he will not resign.

Fairfax, who is currently Virginia’s lieutenant governor, would be the state’s second African American governor if he were to succeed Northam.

James Wellemeyer contributed to this article. The Washington Blade will provide further updates to this story as they become available.