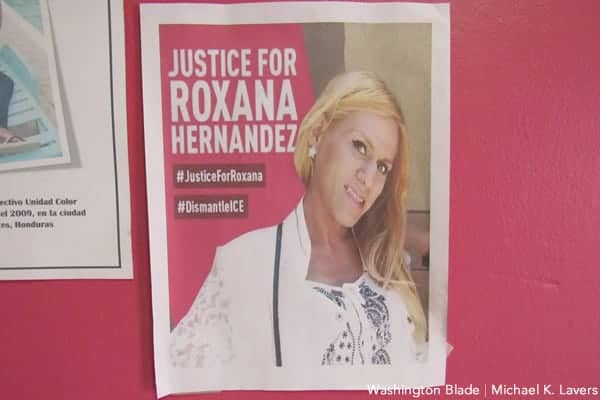 In emails from August 2018—obtained by public records request—an analyst in ICE’s Office of Professional Responsibility asked an officer for the video surveillance of Hernandez’s time at Cibola County Correctional Center in New Mexico. The officer replied: “The requested is no longer available. The footage is held in memory up to around 90 days. They attempted to locate and was negative.”

Attorneys representing Hernandez’s family argue that under federal policy, ICE is required to preserve any evidence if they anticipate it will be relevant to litigation. Hernandez’s attorney contend that ICE should have anticipated legal action after she died in custody.

The deleted video, if still around, would have given evidence of the 33-year-old’s health and condition, according to Andrew Free, an attorney with Transgender Law Center, and would’ve crucial evidence in the lawsuit.

“ICE and CoreCivic have consistently denied wrongdoing and stated that they in effect provided Roxsana with all the health care she needed,” Free said. “The video would be essential and frankly irreplaceable evidence of whether that was true.”

Lynly Egyes, the legal director at Transgender Law Center, said that ICE should’ve anticipated the lawsuit because of the Hernandezs’ request for an independent autopsy a month before the emails in question.

“That autopsy alone made it clear there was interest in this case,” Egyes said. “When a detainee death review is conducted, it’s important to keep track of all the documents to understand why someone died, and for that reason alone, they should’ve been keeping all of this evidence.”

Transgender Law Center argues that Hernandez, who was HIV-positive, did not receive proper medical care while in custody, leading to the wrongful death suit. An internal ICE report into her death reviewed by Buzzfeed News found no evidence that she was given antiretrovirals for HIV.