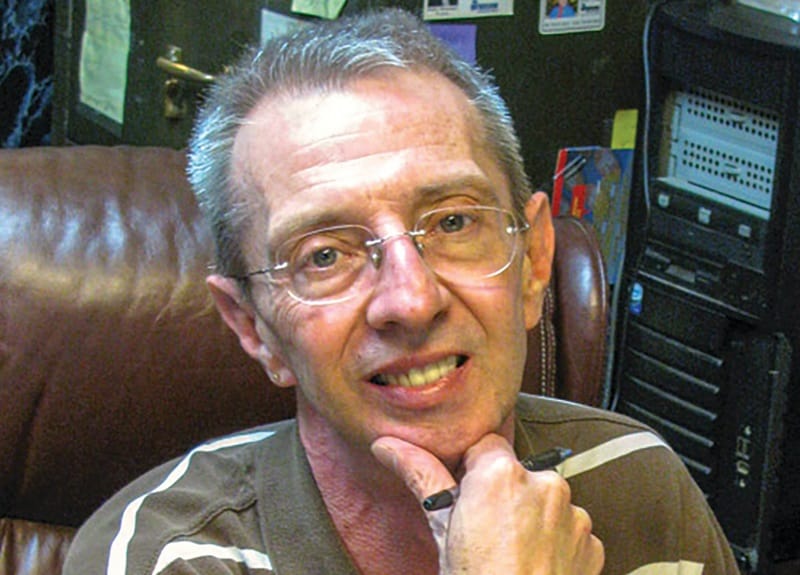 Jason Rhode
Atlanta
September 27, 2018
Lewis Covington, a daytime manager at Friends on Ponce, media figure, and beloved part of LGBTQ Atlanta, passed away on Sept. 6 at the age of 66. Friends said he died from cardiac-related causes.
The effects of Covington’s death were felt throughout social media. On Wednesday, Los Angeles-based artist Daniel Henigman tweeted: “RIP Lewis! One of my biggest encouragers and supporters during my 10 years in Atlanta.”
Covington had been a gay Atlanta fixture for three decades. Friends on Ponce, a longtime Midtown LGBTQ nightspot, featured Covington on their site as one of their “Friendly Neighborhood Bartenders.” The bar, which styles itself as “A place for everyone,” was certainly a place for Covington, friends said.
“He was beloved,” said Ken Williams, a manager at Friends. “He was the daytime office manager and bookkeeper here. And he was a super wonderful person.” Williams said he had worked with Williams previously. “He’s been in Atlanta for a long time.”
As manager, Covington was a pillar of Friends. During the tenth anniversary of the bar in 2014, Covington described the early years, which were challenging: “It is just very difficult to get established and conform to the many, many rules and regulations that the city and county place on new businesses, especially bars.”
Building a following through diverse entertainments — including poker tournaments and talent contests — the bar flourished. Covington described himself as “proud” of Friends. “We’ve got a wildly diverse crowd here and it’s just a wonderful mix of everything. What’s so special about it is everybody gets along so well.”
Covington first made his mark on Atlanta as a member of the media. ETC Magazine, a now-defunct LGBTQ media publication, was founded in 1985. Covington, who was hired by co-owner James Heverly, soon became a well-known part of the periodical, featuring as a writer and pundit in its pages. A Covington piece could touch on multiple topics. One feature opened with the words “Energy and enthusiasm fairly flows when speaking to choreographer Margo Sappington.”
Shortly after ETC shuttered, Covington began managing bars in the Atlanta area, beginning with the Metro. Richard Eldredge, an editor, journalist, and one-time colleague of Covington’s, shared his
thoughts on the man:
“Writing for ETC magazine in the early 1990s was an unbelievable adventure. Sure, it was mainly distributed in the city’s gay nightspots, but thanks to the dedication of people like Lewis, editor Jack Pelham and James Heverly, the magazine had wit, sass and style and was filled with great content. Whether I had anything in that week’s issue or not, I couldn’t wait to pick it up.”
Eldredge described Covington’s insight into the culture. “Lewis had an uncanny knack for knowing precisely where the pulse of the city’s LGBTQ community was and what we wanted to read.” Covington knew his history: “Lewis and the others at the magazine inspired the younger staffers who were just learning about Stonewall to seek out their favorite quotable films from Hollywood’s golden age, to read the books by James Baldwin, Andrew Holleran and Armistead Maupin and learn your disco divas from the 70s. There would always be a pop quiz later and you wanted to be prepared.”
Williams said that the news of Covington’s death hit everyone pretty hard. “It was sudden, and they think it was a heart murmur. That’s what we think, we don’t know for sure. That’s what his Mom said.” He said that Covington had had a “really good week. He was in a good mood.” Williams said that the before his death, Covington said he “he wasn’t feeling awful, but he didn’t show up for work the next day.”
Williams told Georgia Voice that a remembrance of Covington was planned. “We’re going to having a memorial here in a couple of weeks. I don’t know the date.” Like Henigman, Eldredge eulogized Covington as a wise teacher:
“I’m not sure if in today’s queer culture we still prioritize that mentorship and bringing the next group along and making sure they know the importance of our shared history. Lewis knew the value of that and he took the time to pass along those lessons.”