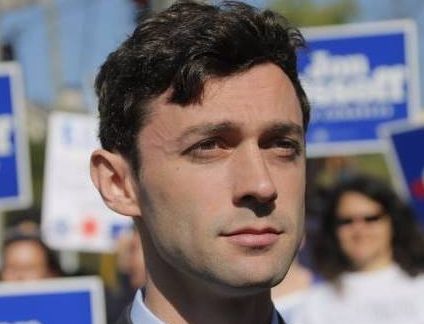 LGBTQ ally Jon Ossoff has won the Democratic primary for U.S. Senate and will face off against Republican incumbent David Perdue in November.

When Georgia Voice originally reported Tuesday’s primary results Wednesday morning (June 10), Ossoff was leading the pack but still falling short of the 50 percent threshold necessary for a win with 93 percent of precincts reporting. However, as final votes were counted Wednesday night, Ossoff eventually took home the victory with 50.8 percent of the vote.

Thank you for your relentless determination to vote.

Together we will heal our state and build a republic that lives up to our national ideals.

Georgia: onto victory in November!
https://t.co/zQT7FwGHtS

In his livestreamed victory speech given Wednesday, the 33-year-old immediately attacked his Republican opponent’s response to the COVID-19 pandemic, saying Perdue was “too busy adjusting his stock portfolio to warn us of the gravest public health emergency in a century.”

“This is not a moment to let up—this is a moment to double down,” he continued. “The president of the United States and his allies in Congress are leading this country down a dark path, and we can go down this path no longer. We can no longer go down a path of authoritarianism, of racism, of corruption. We are better than this, and Georgia is better than this.”

Ossoff is best known for his 2017 bid for a U.S. House seat against Republican Karen Handel. In what became one of the most expensive House races in history—Ossoff pulled in $30 million in donations—he eventually lost to Handel, who lost the seat the next year to Rep. Lucy McBath.

During his House campaign, Ossoff was a fierce LGBTQ ally, meeting with LGBTQ families and even receiving an endorsement from the Pride Fund to End Gun Violence PAC. His website details his plans for LGBTQ-inclusive policy: defending marriage equality, supporting the Equality Act, and strengthening anti-bullying programs for LGBTQ youth.

Perdue is coming into the election with the financial edge on Ossoff. According to Politico, he had $9.4 million as of May 20, whereas Ossoff has $950,000. However, Ossoff has already begun to fundraise for the campaign.