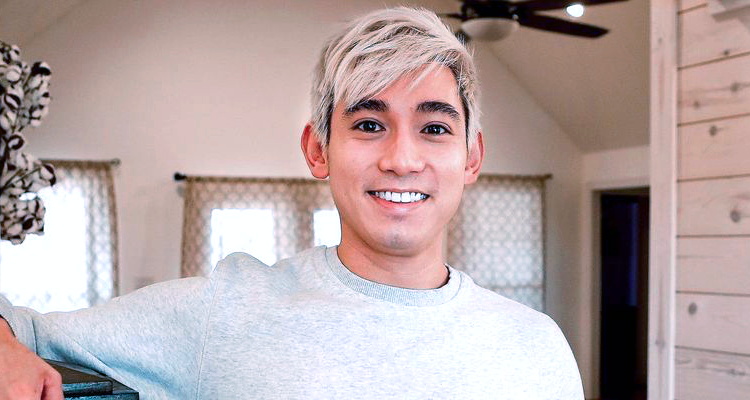 On July 11, Josh Dowd — an openly gay Asian man — was found bleeding from his head and barely breathing on train tracks in Buckhead. He was rushed to Grady Hospital with severe brain damage. Almost one month later, Dowd’s partner of three and a half years, Colin Kelly, provided Georgia Voice with an update on Dowd’s condition and the investigation.

According to Kelly, Dowd has been making good progress with his recovery.

“He’s still technically in a coma, but his eyes are opening, and they respond to voices and commands,” Kelly told Georgia Voice. “He can be listening to his favorite song, and his eyes are completely stable. But the minute someone he loves speaks to him they start to move around.”

Kelly said that Dowd has begun receiving physical therapy with nurses sitting him upright for a few minutes at a time.

“It’s getting his body accustomed to some of the things we all take for granted,” he said. “Obviously, the most devastating [outcome] would be if he were deemed brain dead. But with these daily activities and increased acknowledgement of commands, it’s a really good sign that his brain is doing everything it needs to heal and rewire itself.”

Dowd should be moved to the Shepherd Center, which specializes in brain injury rehabilitation, soon. Until then, Kelly said he and Dowd’s mother will be by his side “every single day.”

The investigation surrounding the attack has been making progress, as well.

“The sergeant reached out to me and said they’ve got some very promising leads,” Kelly said. “He couldn’t give me an awful lot of details, but he did say it was progressing.”

Kelly said that police have two potential options for suspects: either someone who knew him or a stranger, potentially a homeless individual. Most of the people Dowd was with that night at the Heretic have given statements that have been verified. Kelly said it’s “definitely a possibility” that Dowd was targeted for either being gay or Asian, but they need to know more about who did it before determining the motive.

“I know from his appearance that he was dressed more flamboyantly, and most [people] would connect the dots [that he was gay] there,” he said. “I don’t know if that would drive hostility, but I think we need to know a bit more about who did it first.”

There is a GoFundMe to raise money for Dowd — at the time of writing, $127,405 has been raised of the $300,000 goal. The GoFundMe raises critical funds to cover his medical bills, provides financial peace of mind for Dowd’s family, and generates awareness. However, the number one way to support Dowd, Kelly said, is completely free.

“Prayers are super critical, and I’m not the world’s most religious person,” he said.
“I was at Grady, and I was in total freefall. I could not find any hope or peace, and it made it really hard to be there with Josh and be supportive. I was praying that I would find that peace and strength, then out of nowhere, with the snap of a finger, I felt instantly better and ready to go. Prayers are really making a difference, in my opinion.”

Kelly soberly closed the interview with this piece of advice: “Don’t take anyone you love for granted.”