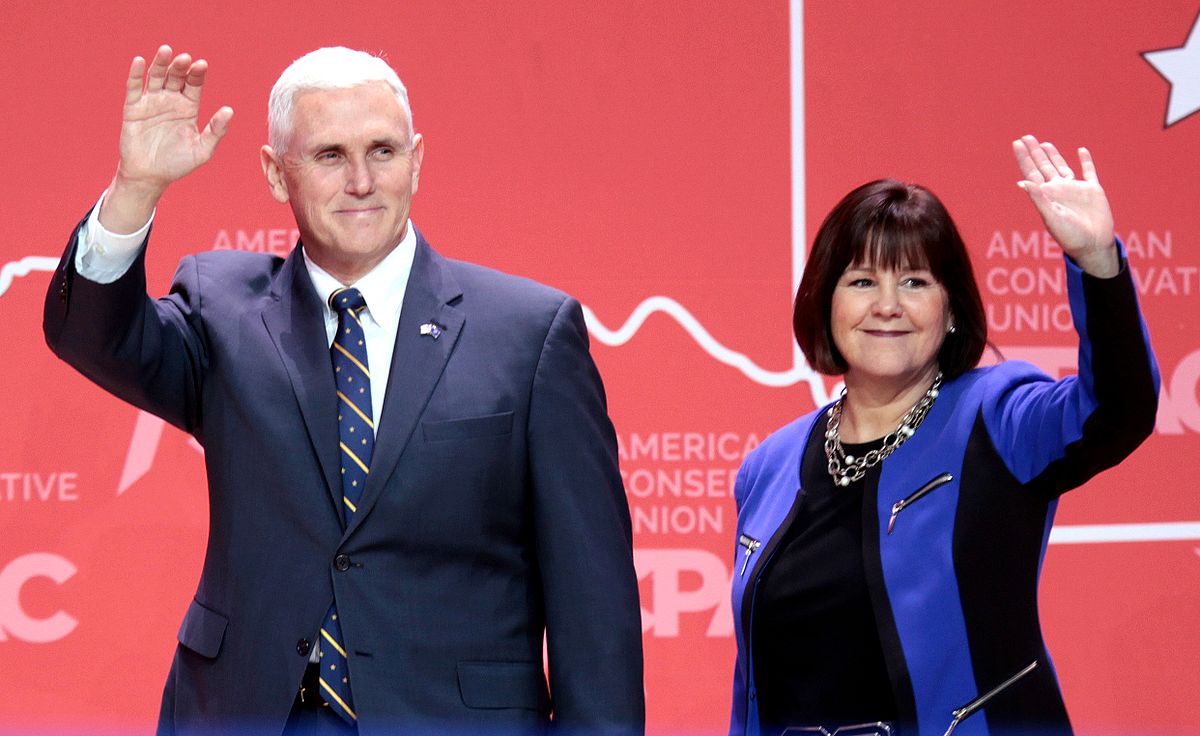 Immanuel Christian School in Northern Virginia, where Mrs. Pence teaches art, bans gay students from attending. A parent agreement says that the school will refuse admission to students who participate in or promote homosexual or bisexual activity.

LGBTQ teachers are also banned from the school. In the 2018 employment application, candidates are required to sign a pledge saying they won’t engage in homosexual activity or break the “unique roles of male and female.”

The employment application also mentions marriage as the unity between “one man and one woman.”

Virginia currently doesn’t have any anti-discrimination laws, making it legal for private employers to discriminate on the basis of sexual orientation or gender identity.

Mrs. Pence previously taught at the school for 12 years while Mr. Pence served on Congress. They sent their daughter Charlotte to the school as well.

JoDee Winterhof, the senior vice president for policy and political affairs at the Human Rights Campaign criticized the Second Lady’s decision to teach at the school.

“Why not teach at a school that welcomes everyone, instead of choosing one that won’t serve LGBTQ kids, kids of LGBTQ parents?” asked Winterhof. “The Pences never seem to miss an opportunity to show their public service only extends to some.”

Mrs. Pence has a history of supporting anti-LGBTQ beliefs. In October of last year, she spoke at a rally for republican candidate Mark Harris.

“He’s the kind of strong, principled conservative leader who will stand with this administration to deliver results,” she said at the rally. “He’s a husband, a father, a pastor, a leader. He has devoted his life to service to others… a devoted servant of God.”

Harris once said at a rally that the country was “floundering in moral decay” because “homosexuality was once criminalized” but now “we see the criminalization of Christianity.” He also said being LGBTQ is a choice and is a supporter of Family Research Council, a group that consistently targets the LGBTQ community.