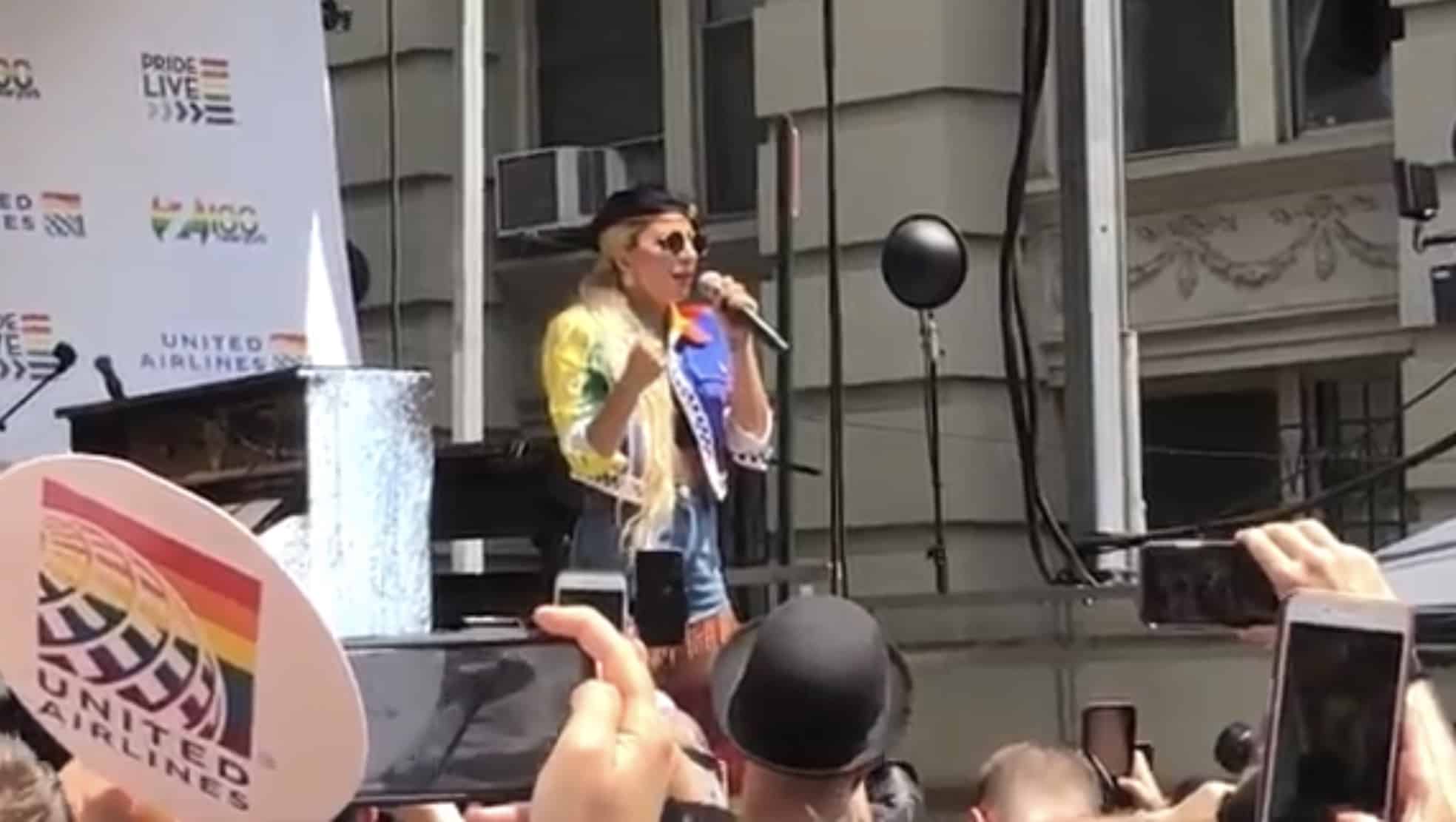 Lady Gaga and Others Commemorate Stonewall Anniversary at WorldPride

Thousands celebrated the 50th anniversary of the Stonewall riots yesterday (June 28) in New York at WorldPride with a  rally featuring a number of celebrities, reported ABC 7.

Lady Gaga made a surprise appearance at the rally to give a speech on the impact and importance of the day, which she commemorated as the moment when LGBTQ people said “enough is enough.”

“I may not, to some people, be considered a part of this community, even though I like girls sometimes,” she said. “I would never degrade the fight you have endured. You have the power. You are so, so powerful and I hope you feel that power today.”

Alicia Keys and Whoopi Goldberg also made appearances. Keys performed her song “Girl On Fire” and Cyndi Lauper’s 1980s anthem “True Colors,” while Goldberg urged the crowd to “remember the people who didn’t make it this far.”

WorldPride ends with the official Pride parade tomorrow (June 30) in Manhattan. The parade is expected to be the largest in history with an estimated 150,000 people expected to march and 4 million watching from the sidelines.

According to CBS 2, the New York Police Department are upping the security to ensure the safety of spectators and marchers.

“After the Pulse nightclub attack in Orlando, we had to reassess what the event meant in terms of security posture, and it went from a medium… to a high, the kind of place we would put New Year’s Eve, Thanksgiving Day parade, things that have been the subject of direct threats,” said John Miller, the NYPD deputy commissioner of intelligence.

People can expect there to be police everywhere on Sunday, in both visible and non-visible areas.

“Expect to see thousands of highly visible officers,” NYPD Chief of Department Terence Monahan said. “In addition to the cops you see, there will be plenty in plainclothes you don’t see. They will be mixed in with the crowd to monitor anything suspicious. Although we have more security for WorldPride than in years past, we still need the public’s help.”

“[T]here are currently no credible specific threats into any of our Pride events or at New York City in general,” said Miller. “We still need the public’s help. There will be thousands of additional eyes and ears at the parade, and we rely on the public to report anything they believe to be out of the ordinary.”

The month-long celebration will end with a closing ceremony in Times Square Sunday at 7pm.