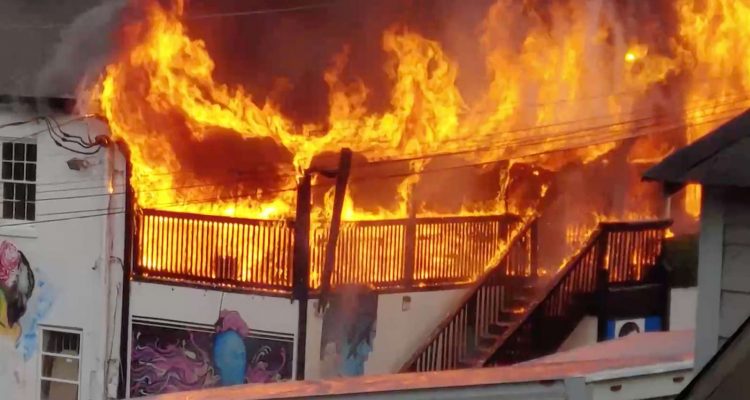 The fire that destroyed popular gay-owned restaurant Las Margaritas has been determined by investigators to have been intentionally set, reported the AJC.

On Tuesday (August 17), fire investigators released surveillance photos of a person of interest who was seen near the restaurant at the time of the fire. Sgt. Cortez Stafford told the AJC that the person caught on camera, who has not yet been identified, “may have set this fire.”

Investigators are offering a reward of up to $10,000 for information related to the fire and the person of interest’s identity.

Las Margaritas, which has been a mainstay of Atlanta’s LGBTQ community for two decades, has been closed since August 9 after the fire engulfed the restaurant. It took a total of 30 firefighters to put the fire out, and no one was injured. The restaurant will be closed indefinitely while repairs are made.

Las Margaritas on Cheshire Bridge in Atlanta on fire. pic.twitter.com/NVibtkALlG

Anyone with information about the fire or the person of interest should call the Georgia Arson Control hotline at 1-800-282-5904.