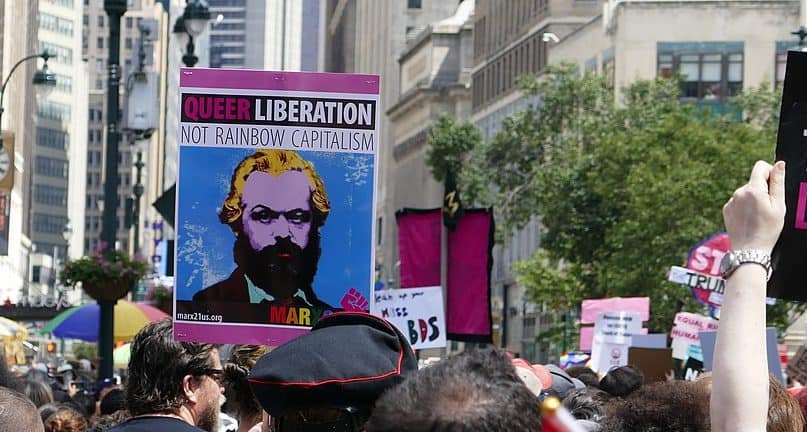 A group of 30 LGBTQ advocates sent a letter to a number of tech giants – including Google, Microsoft, AT&T, Dell, T-Mobile, and Amazon – calling on them to stop contributing to anti-LGBTQ politicians, according to Buzzfeed News.

Zero for Zeros, a group dedicated to calling out companies that support anti-LGBTQ politicians, looked at the contribution data from 2010 to 2019 of the top-scoring companies on the Human Rights Campaign’s Corporate Equality Index – the supposedly most pro-LGBTQ companies out there. The organization found that these companies, through 49 corporate PACs, donated a combined $5,837,331 to politicians that received the lowest rating on HRC’s congressional scorecard.

“These corporations create welcoming and safe environments for their LGBTQ employees and market to LGBTQ customers,” Lane Hudson, campaign manager for Zero for Zeros, said. “But they’re still giving to members of Congress who will make an America that is unsafe for all of us, and we want them to reconcile their values with their corporate giving.”

Through corporate PACs, companies like Google gave a combined $178,500 to anti-LGBTQ officials; Google donated $10,000 to Utah Sen. Mike Lee who, in 2014, made statements in support of discrimination on the basis of religious freedom.

Tex. Rep. Brian Babin received about $15,000 from PACs associated with Amazon, AT&T, Microsoft, and Dell. Babin criticized the Obama administration’s policy on gender-neutral bathrooms, saying it would “jeopardize the privacy and modesty of every child in America.”

A representative for AT&T responded to the letter in a statement to Buzzfeed.

“For over four decades we’ve been committed to the LGBTQ+ community and have led the way in adopting workplace policies that prohibit discrimination based on sexual orientation and gender identity,” the spokesperson said. “We support candidates on both sides of the aisle who are addressing the issues that impact our business, our employees, and our customers. That doesn’t mean we support their views on every issue.”

None of the other companies commented.

This discovery comes after nine companies that celebrated Pride month with rainbow products or logos, AT&T included, were found to have donated $1 million or more to anti-LGBTQ politicians.

“We’re not asking for the moon,” Hudson said. “We’re just asking them to not give money to the most anti-gay members of Congress. These companies are giving money to politicians who would undo all the progress they supported. It doesn’t make sense.”