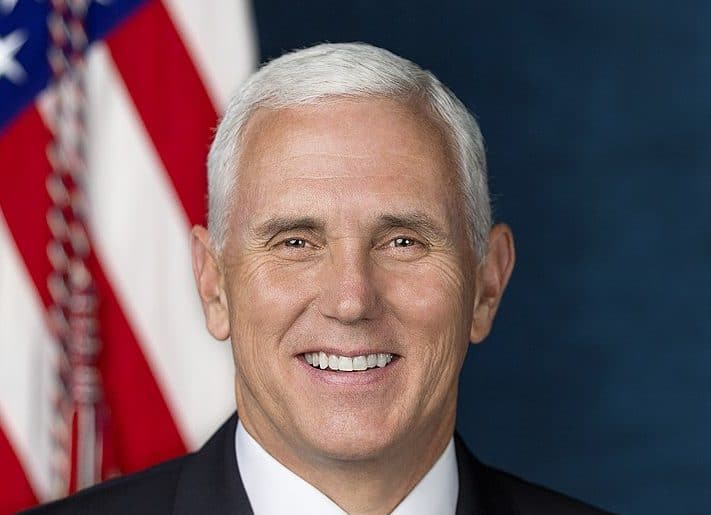 Vice President Mike Pence gave a speech on Thursday for World AIDS Day to address how the United States is fighting the epidemic on a national and worldwide scale. With his failure to mention the LGBTQ community – the population most affected by the epidemic – LGBTQ organizations claimed Pence was being hypocritical, reported Independent Journal Review.

According to the CDC, 67 percent of new HIV cases in 2016 were made up of men who have sex with men.

The HIV/AIDS crisis disproportionately affects the LGBTQ community, but LGBTQ advocates claim Pence has fought against policies to benefit LGBTQ Americans. Organizations like the Human Rights Campaign claimed Pence’s speech was hypocritical, as he has spoken out against practices proven to prevent the spread of HIV/AIDS in the past.

In this video made by the Human Rights Campaign, Pence’s past words against condom use, claiming they were ineffective in preventing the spread of STIs, were highlighted.

While Pence was governor of Indiana, HIV/AIDS broke out. Pence refused to implement safe needle practices until the numbers of those affected increased.

.@mike_pence marking #WorldAIDSDay right now is truly the height of hypocrisy. From spreading misinformation about condom use, to contributing to a major outbreak of HIV & AIDS in his home state, Pence has put ideology before the health & lives of countless people. #RealMikePence

Lambda Legal also spoke out against Pence’s speech. The legal organization tweeted, “This administration has done more to turn back the clock on access to health care than any in recent history. But go on, tell us about how you really care about people living with #HIV/AIDS, Mike Pence.”

In the speech, Pence told the story of Ryan White, a boy diagnosed with HIV after a blood transfusion. He then touted his support of the Ryan White Care Act, which gave government support to the epidemic.

However, according to the New York Times, Pence said in 2000 that he would only support the Ryan White Care Act if the government defunded groups that “celebrate and encourage types of behavior that facilitate the spreading of the HIV virus.”

Pence also suggested money be given to support conversion therapy, a practice that has been deemed harmful for members of the LGBTQ community by medical and psychological organizations.

“Resources should be directed toward those organizations which provide assistance to those seeking to change their sexual behavior,” Pence said in his statement.

The vice president’s solution to fighting HIV/AIDS, according to his speech, was for the government to put $100 million towards supporting “faith-based organizations and communities” – which may not be LGBTQ-friendly – that provide assistance in the fight against HIV/AIDS worldwide.