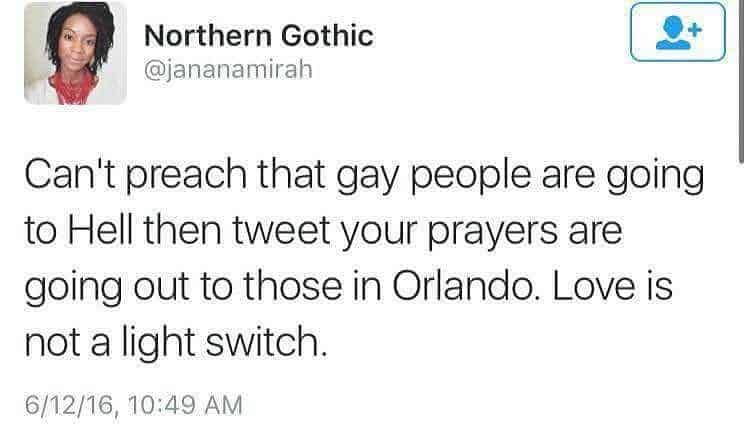 LGBTs clap back against homophobia in the aftermath of Orlando massacre

As the LGBT community and the nation continues to mourn the lives lost in the recent terrorist attack on patrons of Pulse nightclub in Orlando, there’s a growing segment of the LGBT community that is pushing back against homophobic sentiment in the one place where its commonly found—online.

Homophobia has reared its ugly head in the hours following the shooting, from Republican politicians tweeting self-righteous condemnation to ignoring the anti-gay animus that undoubtedly played a role in the terrorist motives.

LGBT folks in Atlanta and across the country are clapping back at the disgusting homophobia being spewed by “friends” and followers on Facebook and Twitter. They’re also noting the silence of many straight friends who have been vocal about other atrocities but have remained mum on Orlando.

Here’s a snapshot of the fierce, compassionate and sometimes necessary anger of people whose lives continue to be marginalized, and in the case of the Orlando victims—extinguished. 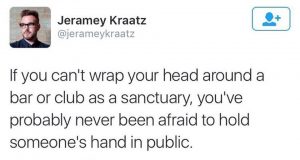 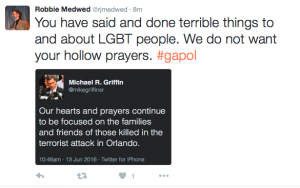 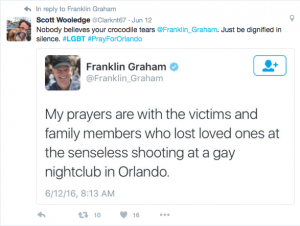 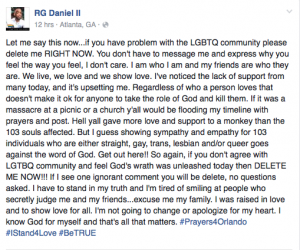 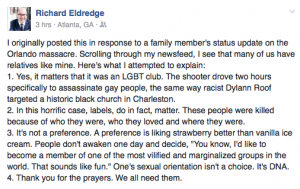