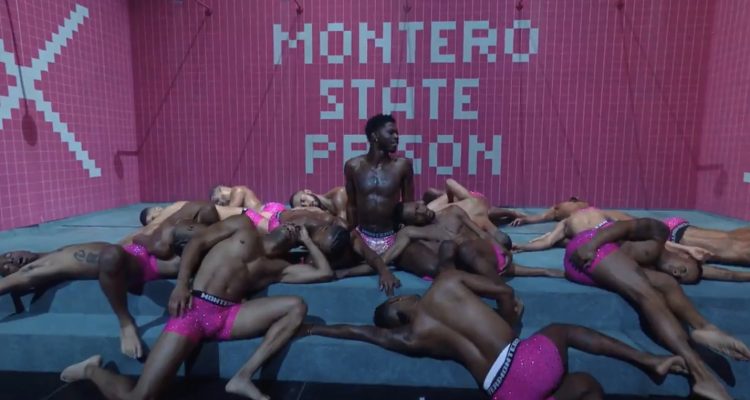 Atlanta native Lil Nas X raised awareness about HIV in the South during his performance at the MTV Video Music Awards (VMAs) on Sunday (September 12).

Lil Nas X performed his hit singles “Industry Baby” and “MONTERO (Call Me By Your Name).” The performance included Mardequs Harris, Southern AIDS Coalition’s Director of Community Investments. Harris wore the number 433,816 in red, representing both the color of HIV awareness and support and the number of people living with HIV in the South as of 2015.

my jaw? on the FLOOR. @LilNasX just KILLED it with @JackHarlow 🔥 #VMAs pic.twitter.com/Z54jXXP2E2

“This experience was surreal,” Harris said in a press release. “Having the opportunity to share the stage with Lil Nas X was something I never would have imagined. And to have him use his platform to raise awareness about HIV stigma is invaluable to our work.”

The performance comes ahead of Lil Nas X’s “Montero” album release on Friday (September 17) which includes a “baby registry” that will include a list of organizations associated with each song that fans can donate to. The list includes 13 HIV organizations, including Georgia-based organizations Thrive SS, Counter Narrative Project, and Compassionate Atlanta.

“When public figures like Lil Nas X– particularly those from the U.S. South – use their platforms to communicate HIV facts, it encourages a new generation to join this fight to end this epidemic once and for all,” said Dafina Ward, Executive Director of the Southern AIDS Coalition, a Gilead COMPASS Initiative Coordinating Center. “COMPASS launched four years ago with the belief that those on the front lines of HIV in the Southern United States would work better together, empowering new leaders, reaching members of their communities, and improving their capacity to care for people living with or affected by HIV.”