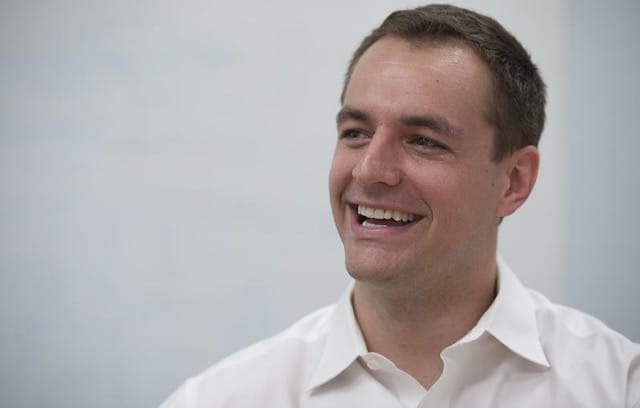 In our continuing coverage of the Democratic National Convention with sister publication Philadelphia Gay News, we take a look inside of the life and politics of Hillary Clinton’s openly gay campaign manager Robby Mook.

Eight years ago, the highest-level out campaign official was Steve Hildebrand; you are now at the pinnacle of political management in this country. When Hillary said to you, “OK, I’d like you to be my campaign manager,” did you discuss how your sexuality might be brought up?

She never mentioned it. One of the privileges of working on this campaign is how welcoming and accepting Hillary Clinton has been, her family has been and her entire campaign team has been. It was just not even a factor and we’re proud to have what I believe is the most diverse campaign in history, both in terms of members of the LGBTQ community but also people from all over the country, different backgrounds, different races and different religions. I’m really proud of that.

How much of a fight was it to get what is now the most progressive platform on LGBT issues through the platform committee?

It was one of the areas where there just wasn’t any disagreement between us and Sen. Sanders’ campaign. We both felt it was the right thing to do. We made important changes to the rules [Saturday] to make it more welcoming to the LGBTQ community. It wasn’t disputed, it wasn’t debate, it was done because we both believe it’s the right thing.

Are you surprised or is it part of the campaign strategy for Hillary Clinton to mention LGBT rights every time she does a speech?

I think that our country and voters believe in equality. They want all of our LGBT neighbors, brothers, sisters, parents, kids to be welcomed accepted in workplaces and in the community. It’s an important reflection of the Secretary’s values that she talks about that. The message of our campaign is that stronger together, and an important part of being stronger together is welcoming the LGBT community.

Now that you’re taking this mantle, you’re going to be a role model for young LGBT people. What would you tell them about having a political life?

They need to value themselves, do what’s right every day and fight for their people.