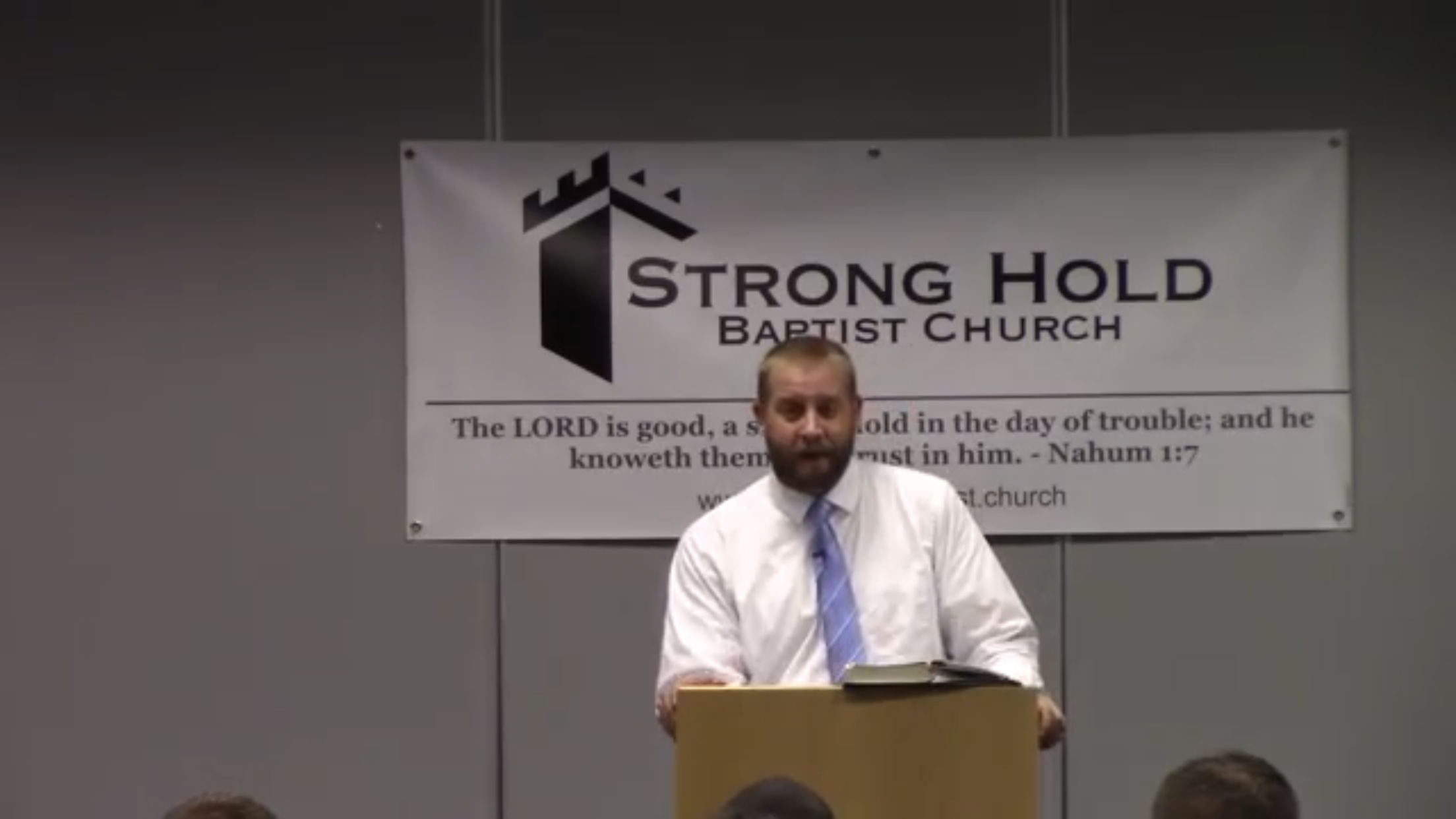 Pastor David Berzins told WSB-TV that gay people deserve the death penalty – a statement Heidi Bierich of the Southern Poverty Law Center said could land them on their list of hate groups.

“If an organization is going to advocate for the death penalty for people engaging in same-sex relationships, they are going to make our list,” Bierich told Thomas.

Berzins was asked by WSB-TV if he thought of his church as a hate group.

“I don’t think that characterizes us,” he said. “We do have some things we do hate.” He listed homosexuality, kidnapping, adultery, and bestiality as sins that should be punishable by death.

Berzins gave a sermon about Atlanta’s Pride Parade last October, entitled, “Shame on Atlanta Pride and its Supporters.” The sermon is currently on YouTube.

“Today, apparently, is the sodomite pride parade taking place in Atlanta, in our hometown right now that’s going on,” Berzins said in the sermon. “There are a bunch of pedophiles, perverts, reprobate, wicked, vile people marching up and down the streets of Atlanta.”

The Atlanta Pride Committee (APC) responded to Berzins’ sermon in a statement.

“The Atlanta Pride Committee is saddened and repulsed by the content of David Berzins’ video referencing the Atlanta Pride Festival and Parade,” said the statement. “Atlanta Pride is a 49-year-old observance of the LGBTQ community’s movement towards equal rights, dignity, and wellbeing for all people – values that are not shared in hate speech like that captured in this video.”

“Views like the ones expressed in this video have a detrimental impact on the wellbeing of many LGBTQ individuals and contribute to problems such as the prevalence of queer youth living on the streets, bullying, depression, suicide, and underemployment – especially for the most vulnerable or marginalized LGBTQ people. We recognize that not all faith traditions – including many included in the Atlanta Pride Celebration – share these views, and we encourage individuals to seek out inclusive communities and services for support as needed.”

Berzins gave the sermon in a government-owned building that the church rented out. According to the Atlanta Pride Committee, this is concerning.

“We are further concerned that Berzins was allowed to call for the eradication of members of our community in government-owned building, a place where all individuals should be safe and free from threat of hate speech,” the committee said.

Berzins was ordained at the Word of Truth Baptist Church in Arizona, whose pastor made headlines in 2009 when he said he prayed for then-President Barack Obama’s death because he was pro-choice.

Sean Young of the ACLU said that Berzins is able to say these things, as his speech is protected by the First Amendment.

“He’s free to say whatever he wants to say as long as he’s not inciting violence,” Young said. “He is free to assert that his God hates the same people he hates.”

Berzins said that no matter if his church is classified as a hate group or not, it’s not going anywhere.

“No one is gonna be able to prevent me from preaching the word unless they kill me,” he said.