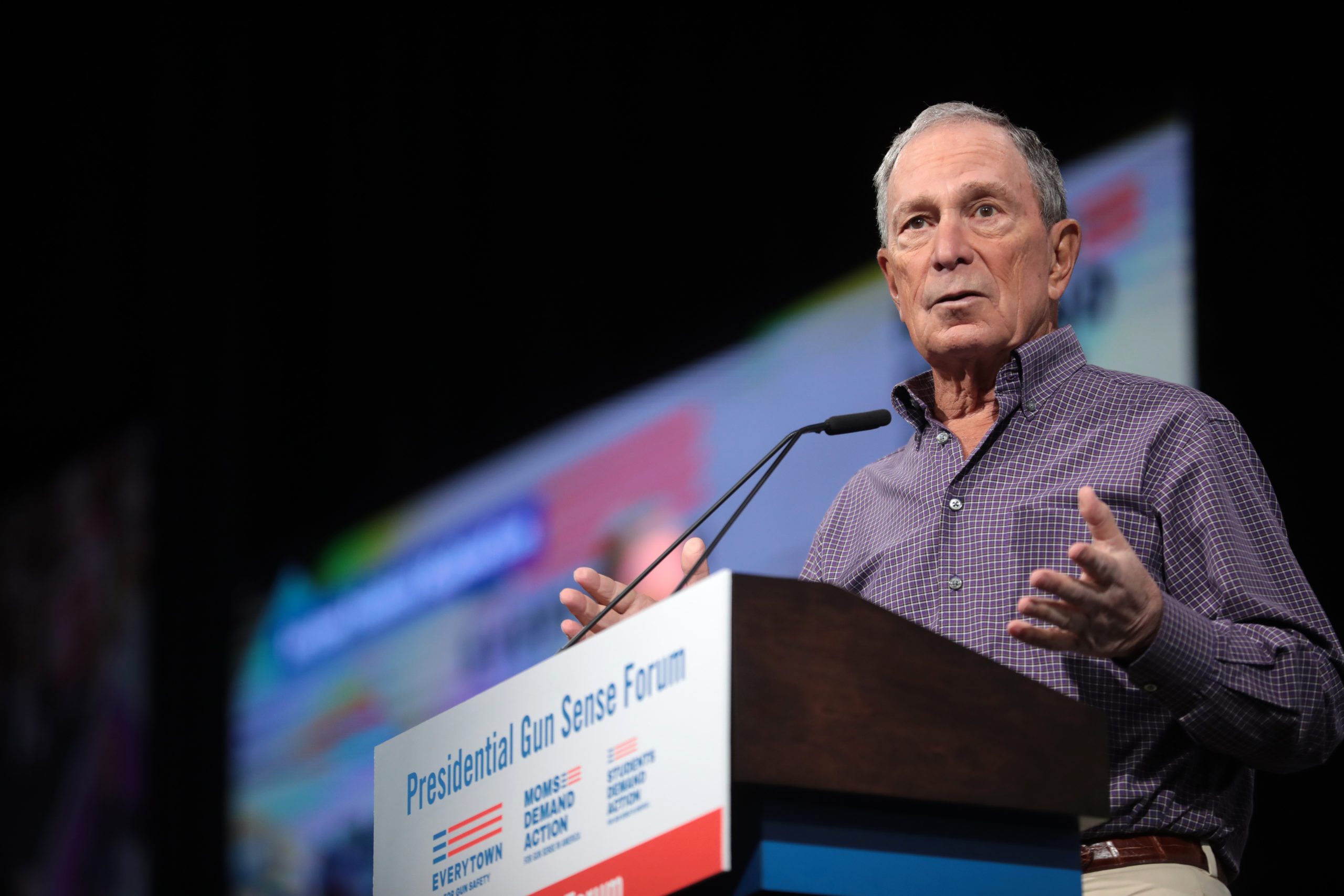 Democratic presidential candidate Mike Bloomberg is defending his LGBTQ record after a video from 2019 resurfaced showing him referring to a hypothetical transgender woman as “it” and “some guy wearing a dress.”

The video, which has since been removed from YouTube, showed Bloomberg speaking at a business forum in March 2019, according to Buzzfeed News, eight months before announcing his candidacy. In the speech, Bloomberg admonishes Democrats who discuss transgender protections, especially regarding bathroom bills.

“If your conversation during a presidential election is about some guy wearing a dress and whether he, she, or it can go to the locker room with their daughter, that’s not a winning formula for most people,” he said. “So, you can understand where somebody like Trump comes from. You can understand—if you look at the Democratic Party, they are so far left that two years ago, there was nobody on their side that would take these positions.”

Bloomberg shared a similar sentiment about a “man wearing a dress” in 2016.

Bloomberg continues on to explain how unlike gay marriage, trans rights aren't a "family" issue and personal to most people. pic.twitter.com/mj0NeUrdRe

“We expect all pro-equality candidates, including Mayor Bloomberg, to create policy solutions to end the epidemic of violence our community faces, not use the same talking points our opponents use to dehumanize transgender people and justify their own hateful beliefs,” HRC President Alphonso David said in a statement. “LGBTQ people are human and deserve to be treated with respect. We are looking for a candidate who can undo the damage done to our community by the Trump-Pence administration and build a future more safe, more equal, and more accepting for LGBTQ people.”

A spokesperson for Bloomberg’s campaign defended the 78-year-old Democrat in a statement to Buzzfeed News.

“Mike understands that the transgender community has been under attack for decades and the advance of rights has not been equal. In April 2002, during his first year as mayor, Mike signed a sweeping transgender civil rights bill into law… As president, he has a comprehensive plan to secure rights for transgender Americans, including passing the Equality Act, ensuring transgender people have access to affirming healthcare, and working to end the crisis of violence against transgender women.”

His campaign further attempted to solidify his support of the LGBTQ community by releasing an endorsement video from out designer Isaac Mizrahi, who proclaimed his support because of Bloomberg’s LGBTQ policies.

I lived in @MikeBloomberg’s New York, and I saw him fight every day for the LGBTQ+ community. And not just the adults. He fought for the kids who are so vulnerable. We need that kind of compassion in our next president. pic.twitter.com/CgkTMYhxke

This is not the first of Bloomberg’s comment to attract controversy. In 2015, he defended stop-and-frisk policing policies, saying a way to reduce violence is by throwing minority youth “up against the walls and frisk[ing] them.” He also claimed 95 percent of “murders and murderers and murder victims” are male minorities ages 15 to 25. He apologized for these statements last year, however, saying he “was wrong.”