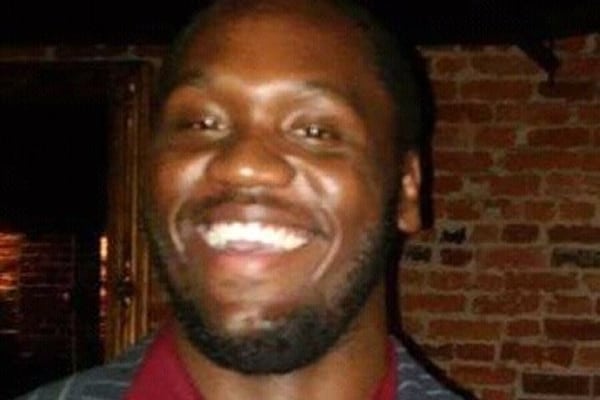 he ex-boyfriend of gay former D.C. Advisory Neighborhood Commissioner Antonio Barnes, who Prince George’s County police charged on April 13 with first degree murder for allegedly stabbing Barnes to death, has pleaded guilty to a charge of first degree assault as part of a plea bargain agreement offered by prosecutors.

Court records show that Canaan Jeremiah Peterson, 24, is scheduled to be sentenced on the first degree assault charge on Nov. 29 in Prince George’s County Circuit Court in Upper Marlboro.

Alethea Barnes, Antonio Barnes’ mother, told the Washington Blade she is asking people who knew her son, including his former colleagues on Advisory Neighborhood Commission 6E in the city’s Shaw and Sursum Corda neighborhoods, to write letters to the judge expressing how Antonio’s death impacted their lives.

“We just need all the support we can get from people to just say what a good person he was,” she said of her son. Alethea Barnes said she and her family would also like those who write to the judge to call for “getting this boy some time,” referring to potential jail time for Peterson.

According to a spokesperson for the Prince George’s County State’s Attorney’s Office, prosecutors determined through an investigation shortly after Barnes, 27, was found fatally stabbed outside his mother’s residence in Beltsville, Md., on March 14, where he lived at the time, that the stabbing occurred during a domestic related altercation between him and Peterson.

The spokesperson, John Erzon, said an autopsy found that Barnes had been stabbed in the leg and that the stab wound “nicked” an artery that caused him to bleed to death. A police report says officers called to the scene by witnesses found Barnes lying unconscious on a sidewalk at 11200 Evans Trail Lane in Beltsville about 10:30 p.m. The report says he was taken to Prince George’s County Hospital Center, where he was pronounced dead a short time later.

P.G. County Police provided few details about the case when they announced on April 13, about one month after the fatal stabbing, that they arrested Peterson on a charge of first degree murder in connection with Barnes’ death.

“As we reviewed everything we felt that the facts didn’t really fit a first degree murder,” Erzon said. “You had the victim and the defendant here were in a relationship according to everything we had,” he said.

“And as we further reviewed everything the defendant turned himself in to the police and said that he and his boyfriend had been in a fight and that the stab wound to the leg was an accident,” Erzon told the Washington Blade.

The charging document, prepared by a P.G. Police homicide investigator, says the witness later identified Peterson as the suspect the witness observed assaulting and dragging Barnes through an array of photos shown to the witness.

Police and court records in Baltimore show that in August 2017, about six months before the incident that led to Barnes’ death, Baltimore police arrested Peterson on nine assault related charges for allegedly attacking Barnes and Peterson’s mother with a knife.

Baltimore court documents show the incident took place both outside and inside the house where Peterson lived with his mother and where Barnes stayed when visiting Peterson in Baltimore.

One of the charging documents says Peterson “retrieved a small knife and attempted to cut Barnes by slashing at him several times. Barnes restrained the defendant and was able to disarm him but the defendant did bite him on the left chest and both arms during the assault, causing small welt marks and Barnes sustained a small cut to his right pinky finger from the knife as well,” the charging document says.

In what appeared to be a fit of anger prompted by Barnes telling him Barnes had to return to his then home in D.C., Peterson went on a rampage that included destroying property on all three floors of his mother’s house before threatening Barnes and Peterson’s mother with the knife.

In a development that experts on domestic violence say is not uncommon, Barnes and Peterson’s mother and sister, who witnessed the altercation, declined to cooperate with prosecutors in Baltimore after Peterson’s arrest for the knife attack, according to a spokesperson for the Baltimore State’s Attorney’s Office.

Under longstanding court rules, Erzon pointed out, judges can only consider in deciding on a sentence for a defendant in a criminal case past crimes for which a defendant was convicted. Prior arrests that did not result in a conviction are strictly out of bounds in a case like that of Peterson’s current case of first degree assault.

Under Maryland law, a conviction for first degree assault has a maximum penalty of 25 years in prison, although according to Erzon, judges usually follow state sentencing guidelines which recommend that all but six years out of a 25 year sentence for first degree assault be suspended. The suspended years, however, could be imposed on the defendant if he or she were to get arrested again in the future.

If Peterson received a six year sentence to serve he would be eligible for parole after serving three years, Erzon said.

He said people who knew Barnes who wish to write a letter to the judge could send the letter either directly to the judge or to the State’s Attorney’s Office, which plans to compile the letters and present them to the judge in a packet. Such letters could be sent by email to Judge Michael R. Pearson c/o Assistant State’s Attorney Jonathan Church at: jrchurch@co.pg.md.us.

A spokesperson for Judge Pearson said letters could be sent directly to the judge via email at: laholmes@co.pg.md.us.