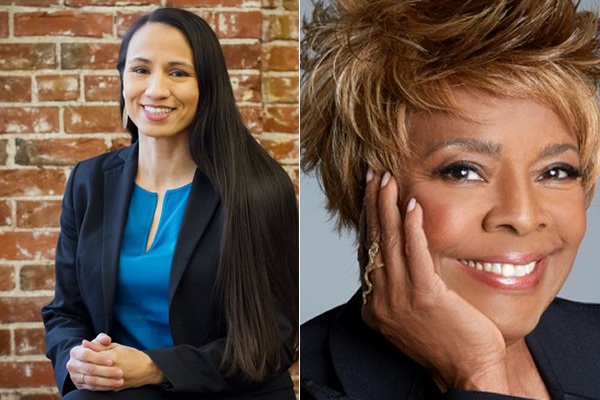 LGBTQ musical icons, drag queens and global human rights leaders are set to take part in Global Pride 2020 on June 27, a 24-hour virtual LGBTQ celebration that is estimated to attract 300 million viewers, according to event organizers.

Singers Deborah Cox, Thelma Houston, Ava Max and many other musical stars are set to participate in the event. Drag queens Pabllo Vittar and Courtney Act are also set to perform. Visual and audio design by the late-George Michael will underscore the celebration.

Costa Rica late last month extended marriage rights to same-sex couples, the first country in Central America to do so.

U.S. Rep. Sharice Davids (D-Kan.) will also make an appearance at the event. Davids, elected in 2018, is the first openly gay person from Kansas and first openly LGBTQ Native American elected to Congress.

About 500 Pride events have been canceled or postponed, according to data collected by the European Pride Organizers Association. These widespread cancellations pushed European Pride, InterPride and other organizations to develop Global Pride 2020 to ensure “the spirit of Pride will live on.”

Kristine Garina, a Global Pride 2020 organizer who is president of the European Pride Association, noted why she was excited to create a virtual Pride event.

“Every Pride organizer in the world can tell you a story of someone whose life changed when they visited Pride, and so with so many Prides being canceled or postponed, as organizers we felt we had a responsibility to come together and deliver Pride online,” said Garina in a press release.

Julian Sanjivan, co-president of InterPride, said bringing a Pride festival to the virtual world could also pose as a benefit for LGBTQ people across the globe.

“By taking Pride online, not only are we making sure that LGBTQIA+ people everywhere can still experience the joy and community of Pride, but we also for the first time are enabling people to take part in Pride wherever they are,” he said. “This means people who aren’t out, or who are living in socially conservative countries, can take part. The support of these incredible world leaders and performers will mean so much to marginalized LGBTQIA+ people everywhere.”