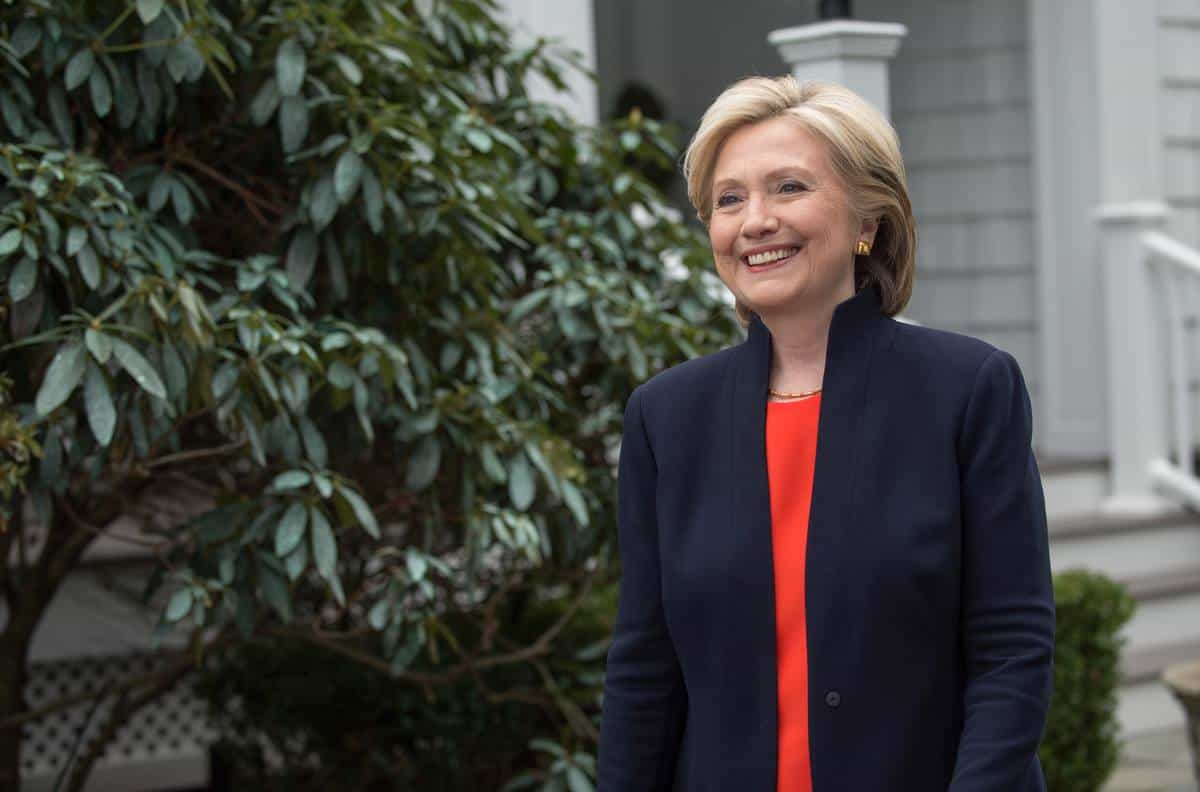 The 2016 presidential campaign is shaping up to be a particularly exciting and meaningful one for LGBT people. Here are just a few reasons why:
The campaign manager for Democrat Hillary Clinton, who on April 12 announced her intent to run, is an openly gay man, and her YouTube video campaign announcement prominently features gay citizens.

The announced and expected Republican candidates for president are either against equal rights for LGBT people or are struggling to find a comfortable position that satisfies the more conservative Republican primary voters while supporting the majority general public’s belief that the law should treat gay people fairly.

The legality of state bans on marriage for same-sex couples will be a major news story during these first few months of the presidential campaign, at least until the Supreme Court of the United States rules on the matter in June.

The clash between religious beliefs and anti-discrimination laws has reached a new apex in the public’s attention, with the passage, in some states, of legislation seeking to enable people to discriminate against LGBT people.

But the Clinton campaign is clearly the focus of the most attention right now. Her video includes a gay male couple walking down a street hand in hand while one partner explains that the men plan to marry this summer. They are among more than a dozen different people talking about getting ready for a new phase in life—a new job, a new school, a new business.

“I’m getting ready for something, too,” Clinton says in the video.

At a later point in the video, just after Clinton says, “When families are strong, America is strong,” the video shows two women snuggling on a couch.
Clinton and her husband, former President Bill Clinton, have always enjoyed strong support from the LGBT community, but this time around, Hillary Clinton has an openly gay man as her campaign manager.

Thirty-five-year-old Robby Mook is a former head of the Democratic Congressional Campaign Committee and served as campaign manager for Democrat Terry McAuliffe’s gubernatorial victory in Virginia in 2013. He worked on the Democratic presidential campaigns of Hillary Clinton in 2008 and Howard Dean in 2004.

Richard Socarides, a longtime Democratic gay activist who served as liaison to the LGBT community during President Clinton’s administration, praised both Hillary Clinton’s decision to run and her choice of Mook.

“As someone who has worked with both Bill and Hillary Clinton for over 20 years, I’m excited to support her and will do everything I can to help get her elected,” said Socarides. “I think it’s terrific that she’s hired the most talented person to run her campaign and that he happens to be gay.”

The Human Rights Campaign posted a notice on its website identifying the gay couple in Clinton’s video announcement as HRC members Jared Milrad and Nathan Johnson. HRC also noted that Clinton announced her support for same-sex marriage in 2013.

The email posed nine questions for Clinton to answer, including “did Mrs. Clinton support the original Religious Freedom Restoration Act signed into law by her husband while she was First Lady upon which this new crop of RFRA legislation is based?” The question was a reference to recent and controversial legislation passed in Indiana and other states that would enable citizens and businesses to claim their religious beliefs require them to discriminate against LGBT people.

Three Republican U.S. senators have formally announced their campaigns for president: Ted Cruz of Texas on March 23, Rand Paul of Kentucky on April 7, and, most recently, Marco Rubio of Florida on April 13.

Earlier this year, Cruz introduced a bill to block federal benefits to same-sex couples in states that refuse to recognize or license their marriages in an attempt to reverse gains made by the marriage equality movement after the Supreme Court of the United States struck down in 2013 a key provision of the Defense of Marriage Act.

Paul and Rubio have both tried to walk a tricky line between pro “traditional marriage” but not against same-sex marriage. 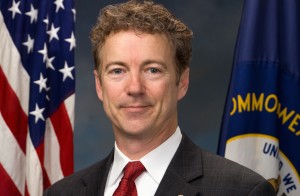 Last July, Rubio told a Catholic University audience that “we have come a long way” since the days when government banned gays from jobs, bars, and restaurants, and he lamented that “many committed gay and lesbian couples feel humiliated by the law’s failure to recognize their relationship as marriage.” But Rubio said he personally supports the man-woman marriage tradition “not because I seek to discriminate against people who love someone of the same sex, but because I believe that the union of one man and one woman is a special relationship that has proven to be of great benefit to our society … and therefore deserves to be elevated in our laws.”

In an interview Sunday with CNN, Paul took a similar position.

“I think that there’s a religious connotation to marriage. I believe in the traditional religious connotation to this. But I also believe people should be treated fairly under the law,” Paul told CNN’s Dana Bash. “I see no reason why, if the marriage contract conveys certain things that, if you want to marry another woman, you can do that and have a contract. But the thing is the religious connotation of marriage that has been going on for thousands of years—I still want to preserve that. You probably could have both. You could have both traditional marriage, which I believe in, and then you could also have the neutrality of the law that allows people to have contracts with another.”

Paul also took the opportunity Sunday to criticize the Clintons for accepting donations for their charitable Clinton Foundation from the Sultan of Brunei. He suggested the donations call into question Hillary Clinton’s commitment to women’s rights, given that Brunei stones women to death for adultery. He did not mention that gays can also be stoned to death in Brunei.

Most of the focus right now, however, is on Clinton—the first Democratic candidate to formally enter the 2016 presidential race. Log Cabin leader Angelo said his organization has “the same questions for Republicans as we have for Mrs. Clinton—the only difference is Log Cabin Republicans is the only organization with the guts to demand answers from Mrs. Clinton on these extremely important issues.”

“Every other gay organization out there—every single one,” said Angelo, “is cheerleading for Mrs. Clinton rather than doing their duty of seeking clarity on policy issues that will affect members of the LGBT community for years to come.”