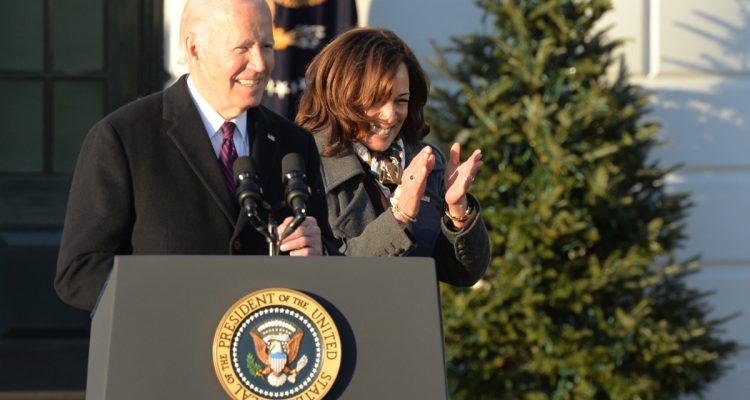 The Biden administration’s expansion of the the use of “expedited removal” of Cubans, Nicaraguans, Haitians and Venezuelans who enter the U.S. from Mexico without legal authorization has sparked widespread criticism from advocacy groups that specifically work with LGBTQ and intersex asylum seekers and migrants.

The Department of Homeland Security will create a humanitarian parole program for Cubans, Haitians and Nicaraguans that combines “safe, orderly and lawful pathways to the United States, including authorization to work, with significant consequences for those who fail to use those pathways.”

Cubans, Haitians and Nicaraguans through a U.S. Customs and Border Protection app “can seek advance authorization to travel to the United States and be considered, on a case-by-case basis, for a temporary grant of parole for up to two years, including employment authorization, provided that they: Pass righrous biometric and biographic national security and public safety screening and vetting; have a supporter in the United States who commits to providing financial and other support and complete vaccinations and other public health requirements.”

“Individuals do not need to be at the border to schedule an appointment; expanded access to the app in Central Mexico is designed to discourage noncitizens from congregating near the border in unsafe conditions,” notes DHS. “Initially, this new scheduling function will allow noncitizens to schedule a time and place to come to a port of entry to seek an exception from the Title 42 public health order for humanitarian reasons based on an individualized assessment of vulnerability. This will replace the current process for individuals seeking exceptions from the Title 42 public health order, which requires noncitizens to submit requests through third party organizations located near the border.”

President Joe Biden on Thursday said from the White House as Vice President Kamala Harris stood beside him that Cubans, Nicaraguans, Haitians and Venezuelans “account for most of the people traveling into Mexico to start a new life by getting … to the American border and trying to cross.”

Up to 30,000 “qualifying nationals” from Cuba, Nicaragua, Haiti and Venezuela will be allowed “to reside legally in the United States for up to two years and to receive permission to work here during that period.”

DHS notes Venezuelans, Cubans, Haitians and Nicaraguans “who do not avail themselves of this procress, attempt to enter the United States without authorization, and cannot establish a legal basis to remain will be removed or returned to Mexico, which will accept returns of 30,000 individuals per month who fail to use these new pathways.”

“The expansion of the Venezuela process to Cuba, Haiti and Nicaragua is contingent on the government of Mexico’s willingness to accept the return or removal of nationals from those countries,” said DHS. “It also is responsive to a request from the government of Mexico to provide additional legal pathways for migrants, and it advances both countries’ interests in addressing the effects throughout the hemisphere of deteriorated conditions in these countries.”

The administration’s announcement also notes “individuals who enter the United States, Mexico or Panama without authorization following today’s announcement will generally be ineligible for these (humanitarian parole) processes.”

“My message is this: If you’re trying to leave Cuba, Nicaragua, or Haiti, you have … or have agreed to begin a journey to America, do not — do not just show up at the border. Stay where you are and apply legally from there,” said Biden “Starting today, if you don’t apply through the legal process, you will not be eligible for this new parole program. Let me reiterate: You need a lawful sponsor in the United States of America, number one. And you need to undergo a rigorous background check, number two. If your application is approved and you show up at — at a U.S. airport or when and where directed … you have access, but if your application is denied or you attempt to cross into the United States unlawfully, you will not be allowed to enter.”

The U.S. Supreme Court on Dec. 27 ruled Title 42, a Centers for Disease Control and Prevention rule that closed the Southern border to most asylum seekers and migrants because of the pandemic, must remain in place.

The Biden administration has sought to end Title 42 but Arizona and 18 other states that include Texas filed a lawsuit. The Supreme Court is expected to hear oral arguments in the case next month.

Biden is scheduled to travel to El Paso, Texas, which is across the Rio Grande from Ciudad Juárez, Mexico, on Sunday before he travels to Mexico City to attend the North American Leaders’ Summit with Mexican President Andrés Manuel López Obrador and Canadian Prime Minister Justin Trudeau.

“I don’t like Title 42 at all, but it is the law now,” said Biden, who predicted the pandemic-era policy will end this year. “I wanted to make sure there was a rational way to begin this now.”

DHS Secretary Alejandro Mayorkas, who was born in Cuba, on Thursday told reporters that Title 42 “increases” the number of attempts to cross the border without legal authorization. Mayorkas, like Biden, stressed the administration is “required, given the different court orders, to employ Title 42.”

“We will continue to exercise that authority, consistent with the court orders,” said Mayorkas.

Both Mayorkas and Biden said the U.S. will expel foreign nationals who enter the U.S. without legal authorization under Title 8 once Title 42 ends. They also urged Congress to pass a comprehensive immigration reform bill.

“We are here because our immigration system is broken, outdated and in desperate need of reform,” said Mayorkas. “The laws we enforce have not been updated in decades.”

“Many Republicans agree we should do something, but it’s time to stop listening to their inflammatory talk, and it’s time to look at their record,” stressed Biden. “I’ll sit down with anyone who, in good faith, wants to fix our broken immigration system. And it’s hard. It’s hard on the best of circumstances. But if the most extreme Republicans continue to demagogue this issue and reject solutions, I’m left with only one choice: To act on my own, do as much as I can on my own to try to change the atmosphere. Immigration reform used to be a bipartisan issue. We can make it that way again. It’s not only the right thing to do, it’s economically a smart thing to do.”

Layla Razavi, interim executive director of Freedom for Immigrants, in a statement said their organization is “deeply disappointed at Biden’s shameful expansion of Trump’s Title 42 policy, which further cements his predecessor’s anti-immigrant legacy.”

“The Biden administration should be working to restore and strengthen our asylum system, not eroding what has been a vital lifeline for so many in our communities,” said Razavi. “True to Title 42’s original motives, this policy will continue to disproportionately harm Black and brown migrants seeking asylum.”

Roth in a text message to the Blade described the administration’s announcement as “sad and frustrating.”

“It’s unlawful and will limit access to the asylum system for the vast majority of asylum seekers at the border, including LGBTIQ people,” he said.

Immigration Equality Executive Director Aaron C. Morris in a press release said “every LGBTQ and HIV-positive refugee has the right to apply for asylum in the United States.”

“Requiring our community to file for asylum in unsafe third countries will have mortal consequences for many of us,” he said. “Immigration Equality strongly condemns any proposal by the Biden administration to restrict asylum to LGBTQ and HIV-positive refugees. The United States has a great capacity to protect and support asylum seekers and refugees, maybe more than any other nation. President Biden must stop creating barriers to protection, and instead do everything in his power to facilitate the safe relocation of all LGBTQ and HIV-positive people fleeing persecution.”

San Diego Pride Executive Director Fernando Z. López, like Morris, said “asylum is a human right and an LGBTQ issue,” noting consensual same-sex sexual relations remain criminalized in 68 countries and “people can be put to death simply for being themselves” in 10 of them.

Harris is among the U.S. officials who have publicly acknowledged violence based on sexual orientation and gender identity is one of the “root causes” of migration from Guatemala, El Salvador and Honduras.

“The United States, California and San Diego have been seen as international safe havens for LGBTQ immigrants, refugees, asylum seekers and their families seeking refuge from war, political violence, climate disaster and targeted anti-LGBTQ attacks,” López told the Blade. “The longer any administration prevents those seeking refuge from the ability to live safely and freely in this country, as is their internationally recognized right, our LGBTQ community will continue to have to spend time and resources triaging the crisis at our border.”

“San Diego Pride, as an organization supporting the LGBTQ community at the U.S.-Mexico border, knows our LGBTQ community needs and deserves real immigration and asylum reform, so we can fully invest in the binational and international capacity-building work we need to truly thrive,” added López. “Today’s announcement only further delays that life-saving, movement-building work.”