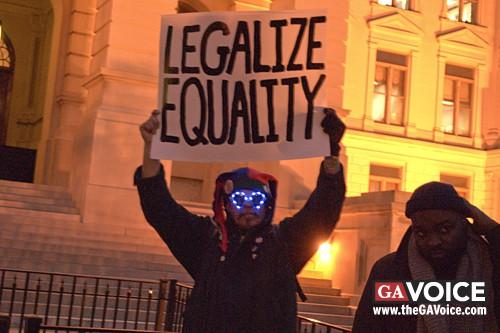 AIDS: Signs of progress, but worries about cuts

The vast majority of names on the waiting lists (96 percent) were in southern states. In August 2011, the National Alliance of State and Territorial AIDS Directors showed Florida with 3,751 names on the waiting list; Georgia with 1,718; Louisiana with 961; South Carolina with 896; Virginia with 875; North Carolina with 316; Alabama with 130; Arkansas with 51. The only other states with waiting lists were Ohio with 247, Utah with 40, Montana with 29, and Idaho with 25.

And most of these same southern states have now declined federal funding under the Affordable Care Act to expand their Medicaid programs and to set up state-run exchanges that citizens can use to find affordable health insurance options.

Schmid said the lack of state-run exchanges doesn’t hurt so much because people with HIV can seek options through the national exchange. (The AIDS Institute has surveyed the options and is making its recommendations through a mainstream media outlet later this week.)

But the refusal of many states to accept Medicaid expansion, including Georgia, does hurt many people with HIV, said Schmid, because “most ADAP clients are low income, and the majority are below the poverty level.”

So, said Schmid, it’s just not clear how much money will be needed for ADAP in the future because no one can forecast yet just how many people with low incomes and HIV will be able to get medication assistance under Medicaid or through private insurance in the exchanges.

Also in 2011, said the report, gay and bisexual men “accounted for at least half of persons diagnosed with HIV in all but two states.” The two states were Pennsylvania and South Dakota, but even in those two states, MSM still accounted for between 46 percent and 49 percent of HIV infections.

In his World AIDS Day remarks Monday, President Obama signaled he understood that urgency for the LGBT community and others particularly hard hit by HIV.

“We need to keep focusing on investments to communities that are still being hit hardest, including gay and bisexual men, African Americans and Latinos,” said the president.

He also announced that the National Institutes of Health would re-direct $100 million in funds over the next three years toward research seeking a cure for AIDS.

Meanwhile, many of the community’s own AIDS organizations are struggling with loss of funding and continued federal budget cuts. The National Association of People with AIDS went out of business earlier this year after filing for bankruptcy. Gay Men’s Health Crisis in New York suffered a $66,000 cut in federal funding to its meals program for people with HIV and the state was able to chip in only $22,676 last week to help make up that deficit.

A survey of 131 AIDS organizations in 29 states, released by the AIDS Institute in October, found that 85 percent of the groups experienced a drop in funding at the same time that 79 percent of them saw an increase in clients seeking help.

AIDS Institute Executive Director Michael Ruppal said his group was urging “Congress and the President to reverse the cuts caused by sequestration and adequately fund critical public health programs, including those that prevent HIV and provide for care and treatment for people living with HIV.”

But it’s hard to predict whether there’s any chance of that happening.

A House-Senate conference committee working on a budget agreement for FY 14 missed its Dec. 2 deadline. The House is due to leave Dec. 13 for the holidays but leaders on both sides of the aisle have indicated they are still optimistic they can come up with a bottom line for the federal FY 14 budget by next week. From that bottom line point, lawmakers then have until January 15 to work out the details agency by agency.