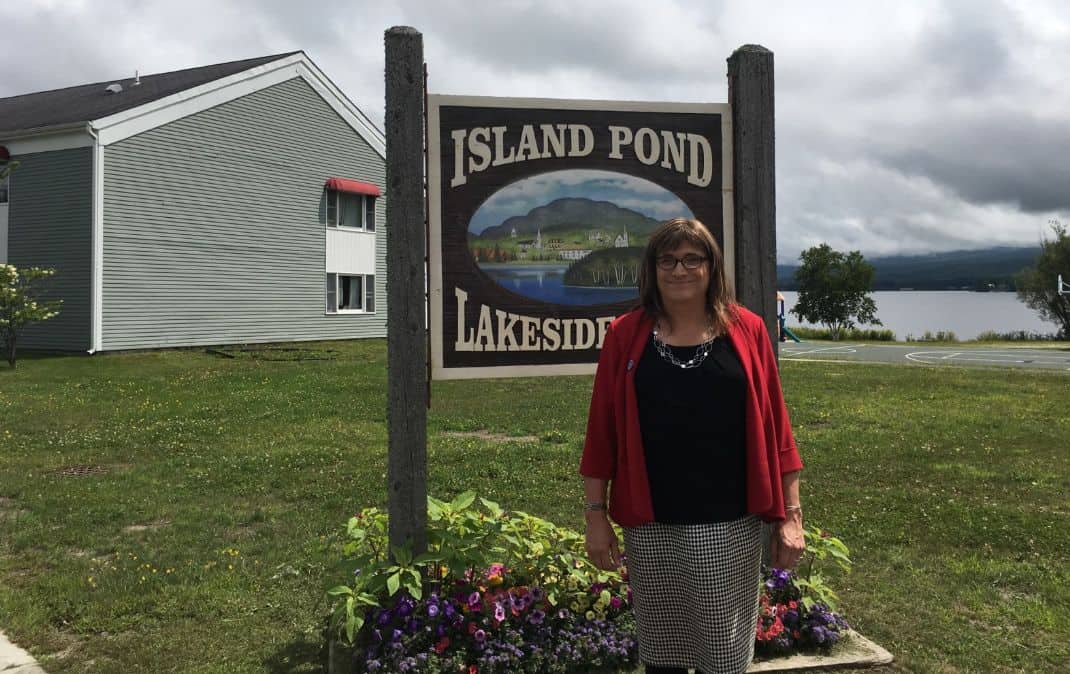 Analysis: How trans politician Christine Hallquist made history in Vermont

Transgender Vermont politician Christine Hallquist has made history: she recently became the first openly trans individual to be a major party’s nominee for governor.

Hallquist, a Democrat, clinched Vermont’s gubernatorial nomination last Tuesday. She beat three other candidates to become the chosen nominee of the state party.

In her speech, Hallquist said that “Tonight, we made history.” She said that she was “so proud to be the face of the Democrats tonight.” It was also a noteworthy moment in a year of change.

Numerous reports have described a rising tide of diversity among prospective political candidates. A large number of young women and people of color are running for office, and what the New York Times described as “a record number of candidates who identify as lesbian, gay, transgender or queer.”

Hallquist will face the incumbent Phil Scott, a Republican. Vermonters have a history of retaining sitting governors.

According to the Times, “Mr. Scott’s popularity fell, however, especially among conservatives, after he signed gun control measures this year. Still, a poll in July by public media organizations in the state found two-thirds of Vermonters supported the law, and nearly half of Democrats had a favorable opinion of Mr. Scott. Only 18 percent of Democratic respondents in the same poll said they had a favorable opinion of Ms. Hallquist, and 55 percent did not yet know who she was.”

Hallquist tied her victory to the anti-Trump backlash. She obtained 48.2 percent of the primary returns, an estimated 26,548 votes. Her competitors James Ehlers, Brenda Siegel, and Ethan Sonneborn came in second, third, and fourth respectively. Sonneborn, a fourteen-year-old, also received press attention for his campaign.

Due to her recent fame, Hallquist is likely to draw a fair amount of national coverage, and the funds that usually come with such attention.

Hallquist was formerly the chief executive of the state power utility, the Vermont Electric Cooperative. Hallquist’s transition occurred in 2015, during her leadership of the VEC. She has run on the issues of infrastructure, energy, and Internet access, and recently added the issues of climate change and universal Medicare to her portfolio.

In a piece for the New Yorker, Masha Gessen commented on the larger trend of transgender politicians. Gessen wrote: “Thirteen trans people are currently serving in elected positions in the United States, and most of them have been in office for less than a year.”

“Perhaps the emergence of such a person, or persons,” wrote Gessen, “in the political space will change it, too, even if they continue to insist that their transgender identities are incidental to their politics.”

Across America, there have been several notable trans candidates. Alexandra Chandler, formerly of the Navy, is running for office in Massachusett’s Third District. Attorney Kim Coco Iwamoto was running to be the Democratic lieutenant governor in Hawaii (she did not win her primary).