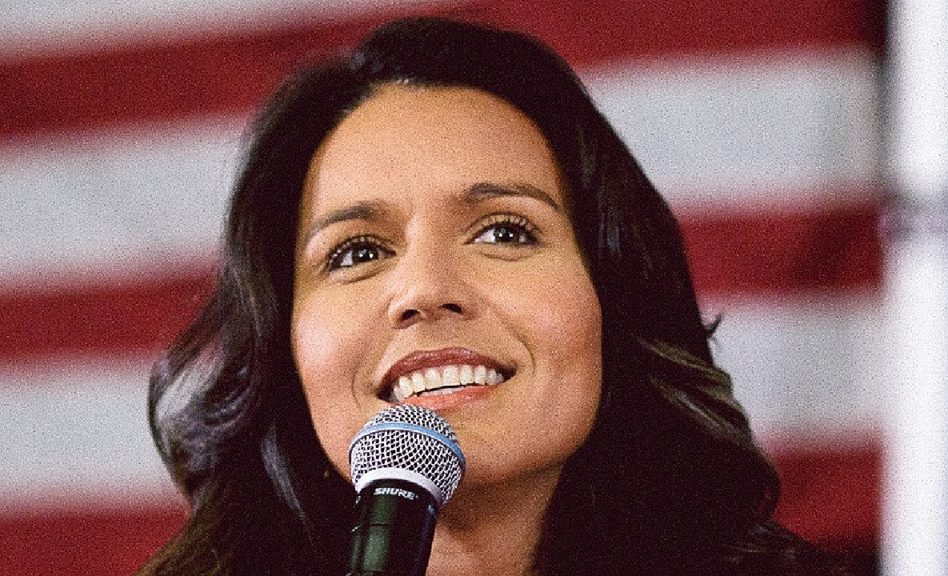 Democrat Tulsi Gabbard announced in an interview with CNN that she was throwing her hat into the ring for the 2020 presidency. However, CNN revealed that she has an anti-LGBTQ past.

Gabbard worked for her father’s anti-gay organization, The Alliance for Traditional Marriage. The group worked to pass a measure against same-sex marriage in Hawaii and promoted conversion therapy.

“Working with my father, Mike Gabbard, and others to pass a constitutional amendment to protect traditional marriage, I learned that real leaders are willing to make personal sacrifices for the common good,” Gabbard told the Honolulu Star-Bulletin in 2002.

In 1998, the group spent more than $100,000 to support an amendment that reserved “marriage to opposite-sex couples.”

“To try to act as if there is a difference between ‘civil unions’ and same-sex marriage is dishonest, cowardly, and extremely disrespectful to the people of Hawaii,” she said during a debate on whether the Hawaii state legislature should introduce civil unions for same-sex couples in 2004. “As Democrats, we should be representing the views of the people, not a small number of homosexual extremists.”

Gabbard’s views have apparently changed and she apologized for her anti-LGBTQ past.

“First, let me say I regret the positions I took in the past, and the things I said,” she told CNN. “I’m grateful for those in the LGBTQ+ community who have shared their aloha with me throughout my personal journey.”

During her time in Congress, which she was elected into in 2012 as the first Hindu and Samoan-American elected, she helped pass a number of pro-LGBTQ legislation. In 2013, she signed an amicus brief supporting Edith Windsor’s challenge to the Defense of Marriage Act and according to her statement to CNN, she supported “the Equality Act, the repeal of DOMA, Restore Honor to Service Members Act, the Employment Non-Discrimination Act, the Safe Schools Improvement Act, and the Equality for All Resolution.”

Gabbard told The New Yorker in 2017 that her experience fighting in Iraq and Kuwait gave her more socially progressive views.

“Experiencing as a woman, firsthand, the impacts of countries that are acting as moral arbiters for their people – it really caused me to rethink the positions I held,” she said.

However, many don’t buy it and have denounced Gabbard as a viable Democratic candidate.

Gabbard is a big "Hell, no!"
for me. One of the better mainstream writeups here. Note lengthy history of antiMuslem and homophobic policies and statements. https://t.co/Od8JyYidaH

Homophobic remarks from @TulsiGabbard resurface after announcing she’s running for president? Thank U, Next! https://t.co/TaCSIq3yGM

However, some showed their support, saying beliefs can change.

Oh come on! Before trashing Tulsi, please check out every other Democrat's position on Gay Marriage in 2004 – most opposed it then. I certainly did. We have moved SO far in 14 years.
https://t.co/0338s2RXfk

Gabbard told CNN that if she were elected President in 2020, she would continue to fight for equal rights for everyone.