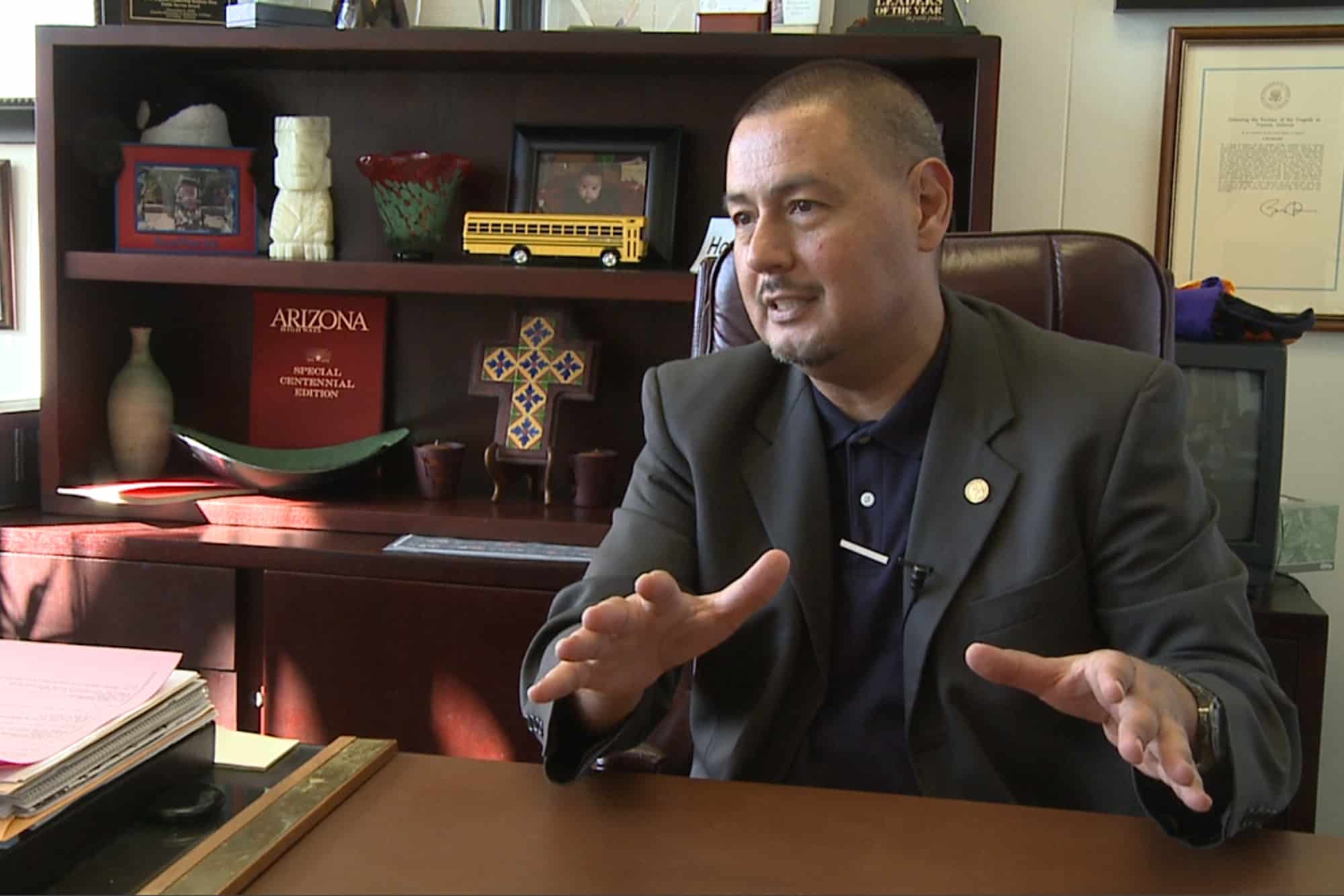 Gallardo said he was inspired to come out after watching LGBT activists and allies fight against Senate Bill 1026, the so-called “religious freedom” bill that was vetoed by Gov. Jan Brewer last week after U.S. Sen. John McCain (R-Ariz.) and major corporations including Delta Air Lines, Home Depot, Coca-Cola, Intercontinental Hotels Group spoke out against it.

The state is already paying a price for its legislature’s willingness to back the religious bias bill. The Hispanic National Bar Association’s board voted unanimously to pull its 2015 convention from the state – a conference of more than 2,000 lawyers. The National Football League had warned it might pull the 2015 Superbowl.

“After I stood up on the floor and argued against 1062, as I’ve done on many bills before, I sat down and said, ‘Wow. This bill affects me. It affects me directly,'” Gallardo said, according to the Phoenix New Times.

“Seeing the people out there, protesting. I thought it’s time,” he said. “It’s time to let people know about me. And to send people a message. I’m more interested in letting people who struggle with this know that it’s okay.”

Gallardo has announced he is running for Congress but said he does not care how his coming out could affect the race. “I couldn’t care less. This is about standing up and doing the right thing,” he said.

Similar bills in Georgia did not make it past Crossover Day and are considered dead for the 2014 session. While the bills do not specifically have the words “gay” or “sexual orientation” in them, they would have allowed businesses to refuse serving LGBT people based on their religious beliefs, among other things.

According to Georgia Equality, the state’s largest LGBT advocacy organization:

-An employer to fire a woman who remarried after a divorce or who is pregnant and not married.

-A person whose religion demands pacifism and non-violence to refuse to rent an apartment to a tenant who owns a gun.

-The owner of a sandwich shop to refuse to serve a gay customer.

-A healthcare worker to refuse a woman a prescribed medication. -A counselor be exempted from state required licensing requirements.