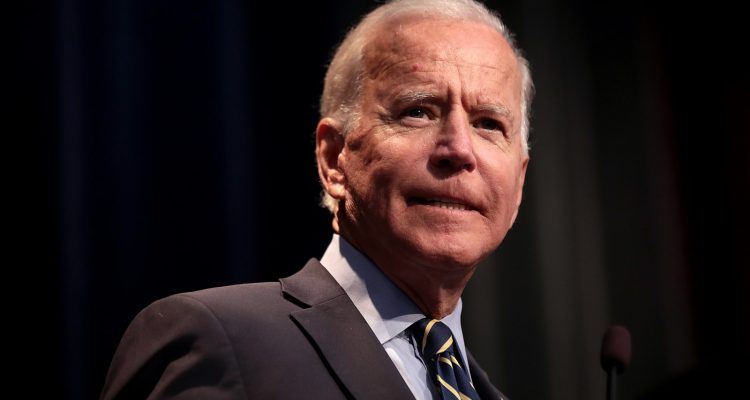 Photo courtesy of Gage Skidmore via Flickr under CC BY-SA 2.0

President Biden, in a year when the killings of transgender people are at the highest number in recorded history, has been briefed on the grim milestone of anti-transgender violence, the Washington Blade has learned exclusively.

A White House official confirmed via email to the Blade on Monday that Biden was briefed Thursday, Nov. 18 on the number of transgender and non-binary people killed in 2021, which was the same week as the Transgender Day of Remembrance.

In response to a follow-up inquiry from the Blade on which principals were in attendance at the briefing, the White House official had nothing to share.

At least 46 transgender and non-binary people have been killed, which is the highest number since efforts to record those deaths began. The violence has consistently had a disproportionate impact on transgender women of color.

Biden’s briefing on the anti-transgender violence is consistent with the statement he issued on Saturday recognizing the Transgender Day of Remembrance, which decried the deaths of the 46 transgender and non-binary people killed in 2021.

“Each of these lives was precious,” Biden said in the statement. “Each of them deserved freedom, justice, and joy. Today, on Transgender Day of Remembrance, we mourn those we lost in the deadliest year on record for transgender Americans, as well as the countless other transgender people — disproportionately Black and brown transgender women and girls — who face brutal violence, discrimination, and harassment.”

Biden, who has called transgender rights “the civil rights issue of our time,” is credited with being a transgender advocate in the White House, having issued policies such as a rollback of former President Trump’s transgender military ban and signing an executive order requiring federal agencies to implement the U.S. Supreme Court’s ruling against anti-LGBTQ discrimination to the furthest extent possible under the law.

The Biden administration announced in June an interagency task force charged with making the U.S. government as transgender inclusive as possible, which the White House says is ongoing.

The year 2021 reached a new record for anti-transgender murders upon the death of Marquiisha “Quii” Lawrence, a 28-year-old Black transgender woman who was shot and killed in her home in Greenville, S.C.

Biden and other transgender advocates marked the Transgender Day of Remembrance this year with the solemn acknowledgment of the 46 transgender and non-binary people lost in 2021.

In fact, Biden predicted the killing of transgender people would end if former President Trump were voted out of office, telling attendees at the Human Rights Campaign dinner in 2019: “The fastest way to end it is to end the Trump administration.”

“Today, we mourn the lives lost due to senseless violence,” Harrison and Fowlkes said. “Tomorrow, we reaffirm and rededicate ourselves to enacting the change necessary to create a future where no one is forced to hide or live in fear.”