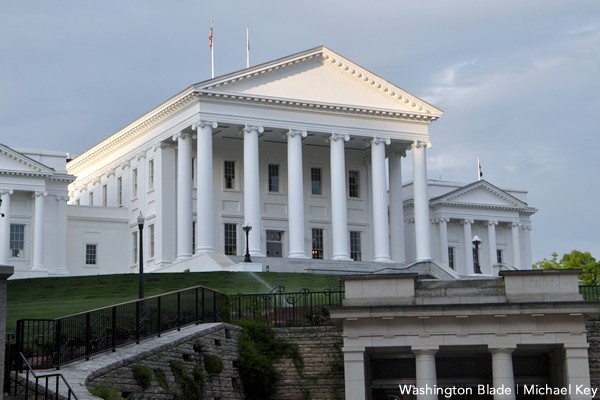 A bill in the Virginia Senate that would have banned physical treatments in so-called conversion therapy for minors was effectively killed on Tuesday when it was sent back to the Education and Health Committee.

Senate Bill 1778, which state Sen. Stephen Newman (R-Lynchburg) introduced, originally passed with a vote of 20-19. The state Senate on the following day, however, reconsidered the vote on the bill and referred it back to committee.

“This was supposed to be a compromise piece of legislation,” Newman said in a speech at the Virginia Capitol.

The bill would have banned the use of electroshock therapy and aversion therapy on individuals under the age of 18. But it would not have regulated what Newman referred to as “talk therapy,” or non-physical aspects of conversion therapy. Newman expressed concern that prohibiting “talk therapy” would infringe on religious freedom.

“This is a very personal topic for me,” Ebbin told members of the state Senate on Monday.

In his speech, he said an estimated 350,000 LGBT people in the U.S. today have experienced some sort of therapy to change their sexual orientation or gender identity as teenagers. Ebbin noted “talk therapy is a big part of the problem” and claimed that a ban on such therapy would not stand in the way of religious freedom. Legislation that would ban both physical and non-physical aspects of conversion therapy has been introduced in state Senate multiple times. These bills, however, have been consistently defeated on the grounds of religious liberty.