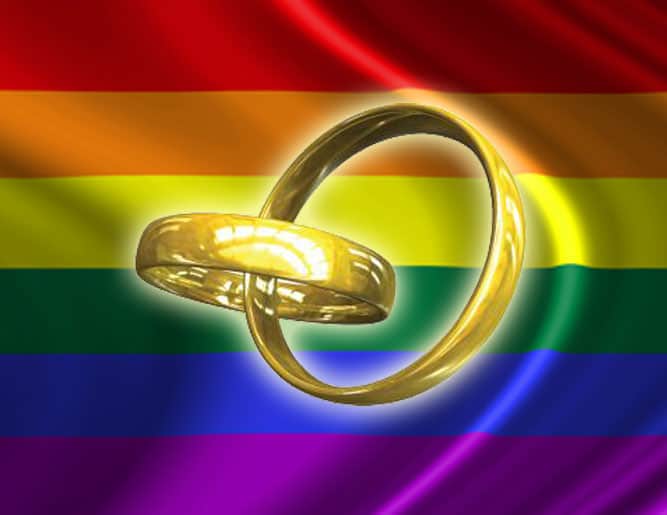 Gay marriages to start in Florida in January

The 11th Circuit Court of Appeals based in Atlanta has denied Florida’s motion to extend a stay on denying same-sex marriages and LGBT couples are expected to be able to begin getting married as early as Jan. 6.

A U.S. district court judge ruled the Florida ban unconstitutional in August, and the state appealed the case to the 11th Circuit.

Florida officials could seek review of the 11th Circuit stay denial decision from the Supreme Court. A stay request from Florida would be directed to Justice Clarence Thomas, who could decide the matter himself or refer it to the full court.

Unlike other situations in which the Supreme Court has allowed a lower court order striking down a state marriage ban to go into effect during an appeal, there is no appellate ruling in the 11th Circuit holding that such bans are unconstitutional.

And how could this affect Georgia’s challenge to the state’s same-sex marriage ban? Openly gay constitutional scholar Anthony Kreis out of Athens has some thoughts:

How good it feels to get serious pro-equality developments coming out of Atlanta.

@dyanabagby Technically it doesn’t. But it can be reasonably read as a strong signal that FL’s likelihood of success on the merits is small. — Anthony M. Kreis (@AnthonyMKreis) December 3, 2014

U.S. District Court Judge William Duffey, who is presiding over the lawsuit seeking to overturn Georgia’s same-sex marriage ban, has been sitting on court documents since the lawsuit was filed in April by Lambda Legal. Georgia Attorney General Sam Olens has asked for a motion to dismiss while Lambda Legal files additional documents citing other same-sex marriage victories as to why the case should move forward.

Lambda Legal has said it had concerns about filing a lawsuit in Georgia because of the conservative 11th Circuit Court of Appeals, which would eventually have to rule on the state’s case after it is decided one way or the other in U.S. District Court. But that conservative reputation of the 11th Circuit may not hold up after today’s ruling in the Florida case.

@dyanabagby In the more immediate sense, it serves as a strong signal to Judge Duffey that the 11th is not inclined to buy GA’s arguments.

Evan Wolfson, president of Freedom to Marry, issued a statement after today’s ruling.

“The 11th Circuit did the right thing today by refusing to delay marriages for same-sex couples in Florida any longer. As the first joyful weddings take place, Floridians will see firsthand that the freedom to marry helps families and communities, and harms no one,” Wolfson said. “And against this backdrop of happy families and more marriages, we hope the court soon hands down a final ruling that ensures that all committed couples in the Sunshine State, as well as Georgia and Alabama, finally have the freedom to marry the person they love.”

“Every day of delay is another day of harm experienced by thousands of loving and committed same-sex couples in Florida. Now it’s time to break out the wedding bells,” Smith said in a statement. “Florida is ready for the freedom to marry!”

The court placed a stay of the decision to allow time for the state to appeal. The stay is scheduled to expire on Jan. 5. The state of Florida had requested an extension of the stay from the 11th Circuit Court until the appeals process if fully finished, while lawyers for the plaintiff couples had opposed any extension pointing to federal court ruling that struck down similar gay marriage bans in other states.

Beth Litrell, senior attorney at the Southern Regional Office of Lambda Legal on today’s ruling by the 11th Circuit and any effect it has on the Georgia case, Inniss v. Aderhold:

“It doesn’t have any direct impact on the Georgia case, but it is a very encouraging sign that we are headed for a win at the conclusion of the litigation. This is a decision only on the stay, so it essentially does not have any effect on the merits of the case. It’s a ruling only on the question of the court which is whether they should extend the stay or allow it to expire. I think what is clear is that this is an indication that at least three judges of the 11th circuit agree with the overwhelming majority of federal judges that have looked at the question of whether marriage bans that exclude same-sex couples are constitutional or not.”

On the judges in today’s 11th Circuit court decision:

“Here’s the trick is that these three judges are not necessarily the same judges who will be hearing the Florida marriage case. They assign judges to hear cases and motions that need to be decided on an as-needed basis.”

On the status of the Georgia case and the court’s continuing deliberations on the state’s motion to dismiss:

“Our hands are tied in terms of our ability to move forward because the court stayed its proceedings until it issues its decision on the pending motion.”