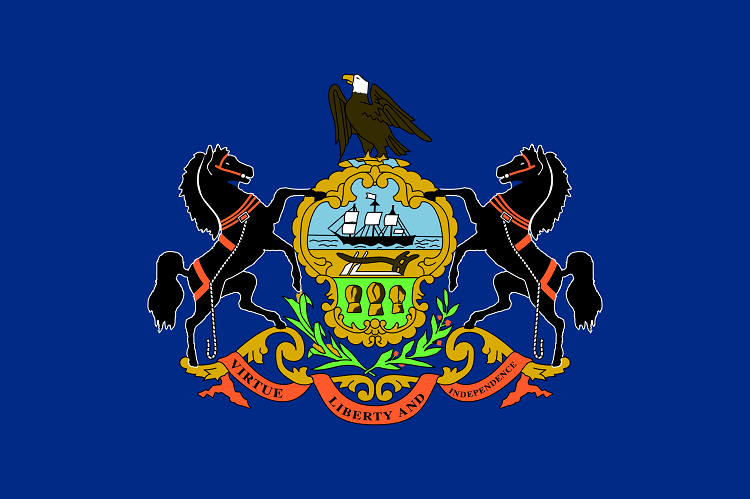 Monday it was Oregon, today it’s Pennsylvania. U.S. District Judge John E. Jones III just struck down the Keystone State’s gay marriage ban. There doesn’t appear to be a stay in the ruling being filed, so gay couples will be able to start marrying immediately.

The lawsuit in this case was Whitewood v. Wolf, filed by the ACLU on behalf of 11 same-sex couples, a widow of a same-sex spouse and two teenage children of one of the plaintiff couples.

Jones writes in his ruling:

Based on the foregoing, we hold that Pennsylvania’s Marriage Laws violate both the Due Process and Equal Protection Clauses of the Fourteenth Amendment to the United States Constitution. Because these laws are unconstitutional, we shall enter an order permanently enjoining their enforcement. By virtue of this ruling, same-sex couples who seek to marry in Pennsylvania may do so, and already married same-sex couples will be recognized as such in the Commonwealth.

The issue we resolve today is a divisive one. Some of our citizens are made deeply uncomfortable by the notion of same-sex marriage. However, that same-sex marriage causes discomfort in some does not make its prohibition constitutional. Nor can past tradition trump the bedrock constitutional guarantees of due process and equal protection. Were that not so, ours would still be a racially segregated nation according to the now rightfully discarded doctrine of “separate but equal.” In the sixty years since Brown (v. Board of Education) was decided, “separate” has thankfully faded into history, and only “equal” remains. Similarly, in future generations the label same-sex marriage will be abandoned, to be replaced simply by marriage.

We are a better people than what these laws represent, and it is time to discard them into the ash heap of history.