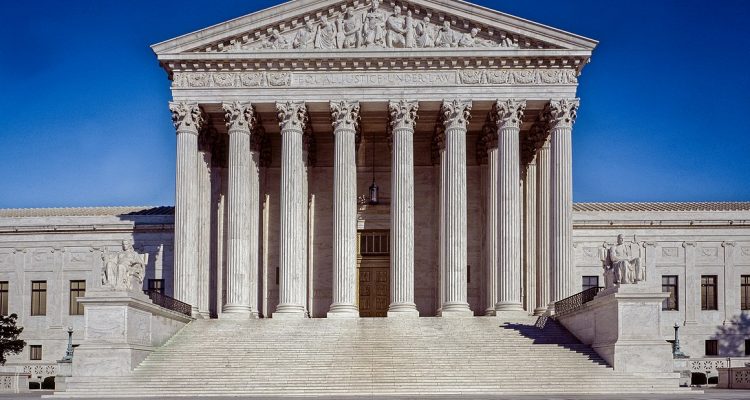 In a stunning and unanimous judgment, the U.S. Supreme Court ruled Thursday that a city requiring that its contractors obey an ordinance prohibiting discrimination based on sexual orientation when the contractors claim a religious belief to do so violates the Free Exercise Clause of the First Amendment.

The decision is a huge blow to LGBTQ civil rights activists, who just last year won a decision that said “sexual orientation” and “gender identity” are included under a federal law’s prohibition of discrimination based on “sex.”

Chief Justice John Roberts wrote the June 17 decision and was joined in the judgment by all other justices. Three of the justices—Justices Clarence Thomas, Samuel Alito, and Neil Gorsuch—filed opinions indicating they agreed in judgment only. The ACLU was quick to point out that, “The court did not, however, establish a general right for religious organizations to violate non-discrimination laws.”

The oral argument in the case, Fulton v. Philadelphia, went largely unpublicized last November because the nation’s attention was fixated on the outcome of the 2020 presidential election. But statements and questions by some conservative justices during that argument –coupled with the new solid majority of conservatives on the court—left LGBTQ legal activists feeling a bit unnerved.

In Fulton, the city of Philadelphia discovered that an independent contractor with a contract from the city to provide foster care placement services had a policy of denying such services to same-sex couples. That contractor, Catholic Social Services (CSS), acknowledged its policy violated city law but said no same-sex couple had ever approached the agency so it couldn’t be accused of discrimination. When CSS’s contract with the city came up for renewal, the city declined to renew it, saying CSS was in violation of the contract’s stipulation that contractors comply with the city’s laws—including laws prohibiting discrimination on the basis of numerous factors, including sexual orientation.

Chief Justice Roberts wrote that  Catholic Services “seeks only an accommodation that will allow it to continue serving the children of Philadelphia in a manner consistent with its religious beliefs; it does not seek to impose those beliefs on anyone else. The refusal of Philadelphia to contract with CSS for the provision of foster care services unless it agrees to certify same-sex couples as foster parents cannot survive strict scrutiny, and violates the First Amendment.”

Fulton v. Philadelphia was the latest in a long line of lawsuits that have attempted to secure exemptions for some people and businesses to laws prohibiting discrimination based on sexual orientation and gender identity. Those arguing for the exemptions claim that the First Amendment guarantee to free exercise of their religious beliefs should give them the right to discriminate against LGBTQ people.

Seven of the nine justices are Catholic or have strong ties to the Catholic church.