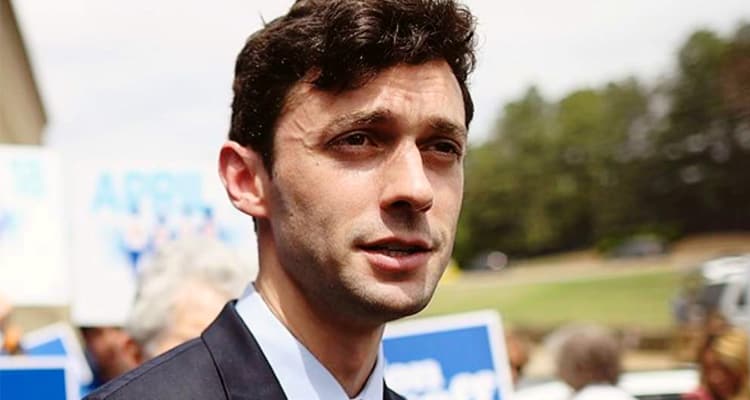 Candidates Reach Out to LGBTQ Voters

After the presidential election in 2016, Democratic voters instantly knew 2020 was going to be one of the most important elections to date. And with the Trump administration issuing 125 verbal and political attacks on LGBTQ Americans – and counting – 2020 is even more important for LGBTQ voters. With the Democratic primaries just around the corner, candidates are hunkering down on their pro-LGBTQ policies and backtracking on past anti-LGBTQ mistakes.

Biden has a solid LGBTQ record, famously pushing for marriage equality by unexpectedly and publicly supporting same-sex marriage in 2012, but has had some blips in his record. At the GLAAD LGBTQ Forum in Iowa on September 20, Biden was questioned on his support for the Defense of Marriage Act and Don’t Ask, Don’t Tell as a senator in the ’90s, as well as his reference to Vice President Mike Pence as a “decent guy.” He rebutted by referencing his long-time support of same-sex marriage, claiming he “didn’t have to evolve” and has “been a strong advocate.” After the forum, supporters were quick to point out that Biden voted for an amendment to strike Don’t Ask, Don’t Tell.

Buttigieg talked at the forum about his personal investment in the fight for LGBTQ rights, reliving his experience serving in the military as a gay man under Don’t Ask, Don’t Tell. “I remember the weight lifted when [Don’t Ask, Don’t Tell] was no longer a threat to my career,” he said. He related the past policy to the current transgender military ban – a ban he and other candidates have promised to end once elected president. Buttigieg has been a consistent advocate for LGBTQ rights throughout his campaign –he promises to pass the Equality Act, pass safe schools legislation to protect LGBTQ youth, and enforce the non-discrimination provisions of the Affordable Care Act on his website. The Christian also been vocal against Vice President Mike Pence’s “religious” opposition to the LGBTQ community.

Trans rights was another one of the key issues discussed at Friday’s LGBTQ forum. Warren, despite her spotty anti-trans past opposing the court-ordered gender confirmation surgery of a transgender prisoner, mentioned the importance of combatting anti-trans violence and listed by name the eighteen Black trans women who have been murdered this year. Angelica Ross, the host of the forum, praised Warren for it. “For me, it felt like more than an opportunistic moment,” she told The Guardian. “She is someone who is invested [in the LGBTQ community].” Warren has been a vocal ally throughout her candidacy; she has laid out an explicit plan to protect LGBTQ rights if elected president – steps in the plan include reversing the trans military ban, outlawing conversion therapy, and allowing gay and bisexual men to donate blood – and was the only presidential candidate to accept an invitation to this year’s Drag Con.

Harris has also been outright with her support of the LGBTQ community despite an anti-trans move she made as Attorney General of California. At the forum, Harris was questioned about a brief she sent as AG that sought to deny gender-affirming surgery for trans inmates. Harris rebutted by saying she convinced the California Department of Corrections to change the policy she defended. She also highlights her pro-LGBTQ past on her website, noting her establishment of an LGBT hate crimes unit as District Attorney of San Francisco in 2004 and her long-standing support of same-sex marriage, as she was marrying same-sex couples when many Democrats “supported civil unions.” She supports LGBTQ moves that other candidates have supported, like the passage of the Equality Act, but also specifically advocates for a third gender option on federal IDs and documents.

While Sanders touts his LGBTQ victories on his website – voting against Don’t Ask, Don’t Tell and the Defense of Marriage Act, cosponsoring and supporting legislation that supports the LGBTQ community in schools, the workplace, and the military, and backing Burlington, Vermont’s first pride march when he was mayor in 1983– he will not get the chance to publicly address them, as he didn’t participate in Friday’s forum and won’t be making an appearance at HRC’s upcoming LGBTQ Town Hall, broadcasted on CNN. While his campaign said that his absence was due to scheduling conflicts, Ross told The Guardian it was “a huge misstep on his part” that told us “all we need to know.”

The emphasis on LGBTQ rights seen throughout this campaign cycle proves that 2020 will be a huge year for LGBTQ Georgians – and with former congressional candidate Jon Ossoff announcing his candidacy for Senate, the fight for LGBTQ rights hits even closer to home. Ossoff told the Georgia Voice he’d be “a strong and outspoken ally of the LGBTQ community” when running for Congress in 2017; at an LGBTQ meet and greet, he told his audience he’d “stand up for LGBT Georgians and Americans with everything I’ve got.” During his campaign, which was one of the most successful Democratic campaigns in Georgia despite Ossoff ultimately losing, he ran with the promise of fighting against “discrimination, hate speech, or violence against Americans on the basis of their race, religion, gender, sexual orientation, or place of birth.” Nationally and locally, 2020 is proving to be a defining moment for LGBTQ America.