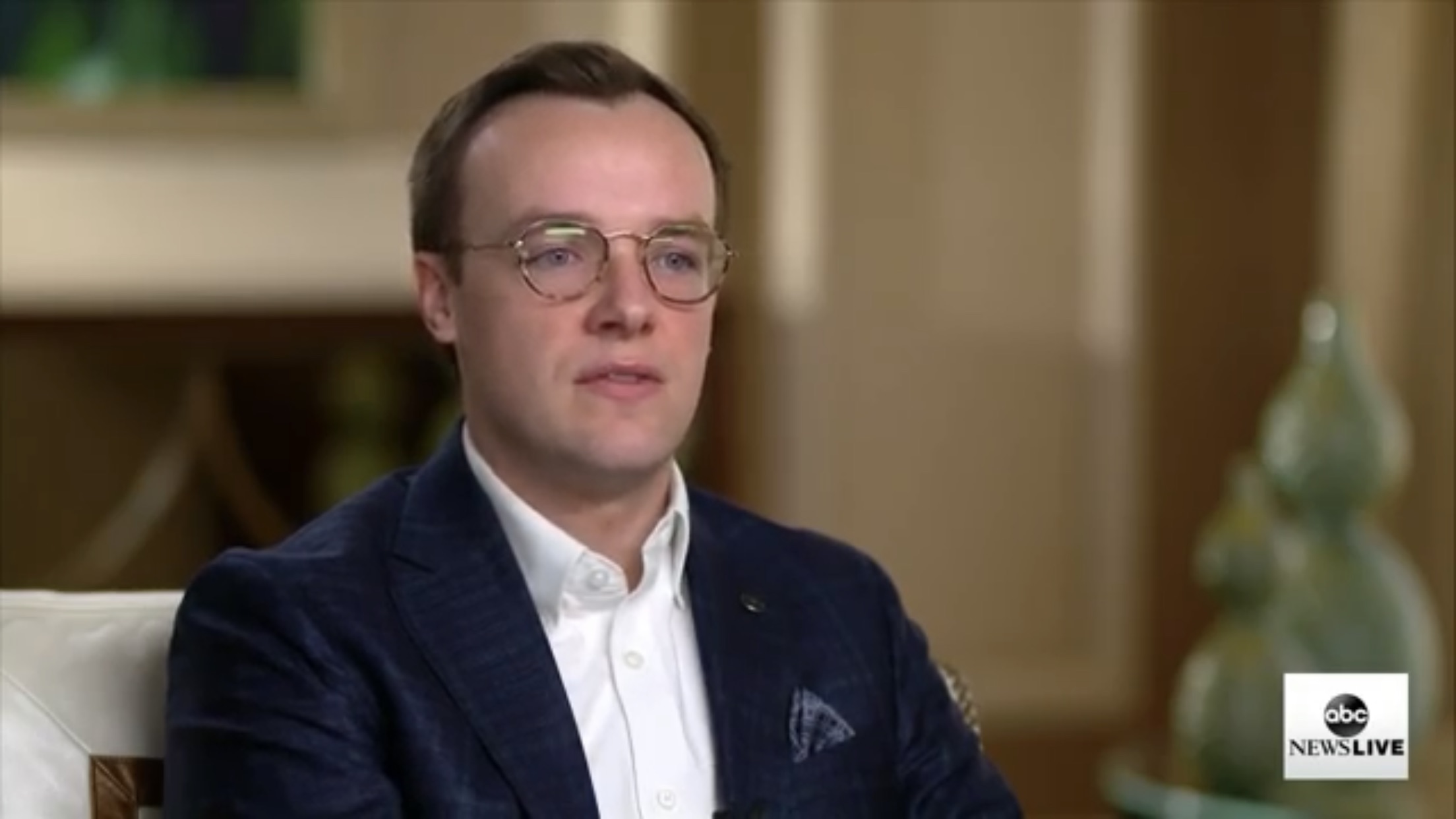 Chasten Buttigieg has opened up about first meeting his husband and presidential hopeful Pete Buttigieg on the dating app Hinge, as well as experiencing bullying, homelessness, and sexual assault, in an interview with ABC News’ series Running Mates.

The series features interviews of the partners and spouses of the current presidential candidates. In his interview, Chasten recalls seeing Pete for the first time on Hinge in 2015.

“I won’t lie, it was the picture of him in the military, I’ll tell you the truth,” he said. “And I fell hard and fast for Pete.”

When asked what made him fall in love with his husband, Chasten replied: “His heart. He made me feel so loved, right away.”

The Buttigiegs were married for less than a year when Pete announced he would be running for president. Chasten admits that it’s been hard, but worth it.

“I mean, there’s no denying it’s hard,” he said. “But it is a sacrifice that’s worth making because I have seen Peter go out there and change people’s lives, save people’s live because of the visibility of this campaign.”

In the interview, Chasten also opens up about his childhood, saying he grew up in a high school where “if you weren’t on the football team or one of the jocks…you were picked on and bullied and belittled.” In his childhood, he says he “dealt with a multitude of Rush Limbaughs when I was walking through the hallways.”

I’ve been dealing with the likes of Rush Limbaugh my entire life. I’m most worried about young people who hear that kind of hate and wonder if they belong. We need to restore moral leadership in the White House and build a kinder, more inclusive country.pic.twitter.com/YGk3m19l9A

After high school, when he came out to his family as gay at 18, he was initially disowned by them, becoming homeless for some time. At the same age, Chasten was also sexually assaulted by “a friend of his friends.”

“I have a happy ending to that story,” he says, however, now that most of his family is more supportive. “I got to go home. I got to go home to two loving parents who were terrified for me because they loved me.”

You can watch the entire interview below: