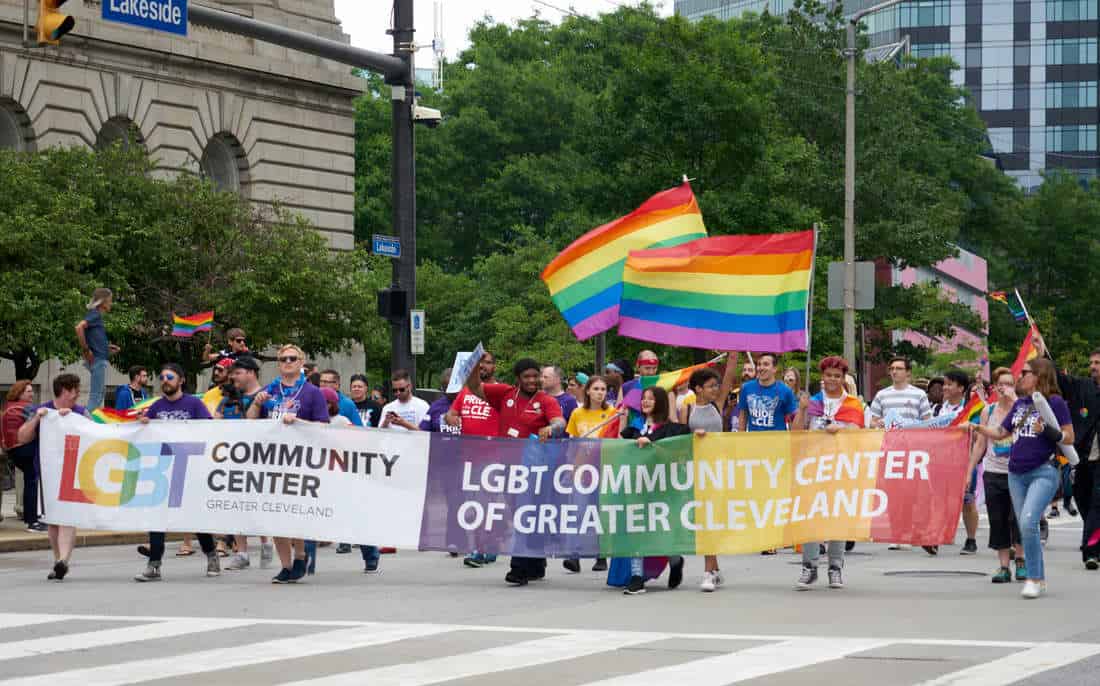 The city of Cleveland is aiming to provide an overall safe place for residents. Including LGBTQ citizens.

Schmotzer’s main duties are to address the needs of the city’s LGBTQ community through collaboration with internal departments, individuals, and social service organizations. The Executive of Small Business Development in the City’s Economic Development Department has the responsibility in creating and administering programs, financial incentives, and economic development tools to attract new entrepreneurship.

Schmotzer has resided within the City of Cleveland for more than 19 years, Mayor Jackson said he believes Schmotzer will steer the city toward further progressive rights and protection.

“Cleveland has a long legacy of inclusion and welcomes people of all backgrounds,” Mayor Jackson said, as he acknowledged Schmotzer’s long history of progressive work. “Mr. Schmotzer will help us expand and advance nondiscriminatory policies that move our entire community forward.”

Supporters said Schmotzer’s experience will provide the city of Cleveland with knowledge to ensure further protection toward the LGBTQ community.

Additionally, Schmotzer’s new role will be to work alongside other advocates for LGBTQ rights within the City of Cleveland. Namely, the Director of Public Safety, Michael McGrath, and the first LGBTQ Police Liaison, Deirdre Jones. Jones will focus toward building relationships between the city’s LGBTQ community and the Division of police.

As for Jones: the 29-year-old veteran police officer is a commander in charge of the police academy, personnel unity, and budget policy. For decades, Jones has taught officers (usually one-on-one) proper and respectful treatment toward the LGBTQ community.

Jones said she believes in changing the negative connotations the police have. She stated, “The biggest thing I want to change is the perception that the community has when dealing with the police, which is very negative. There are a lot of younger officers coming up now that want to learn and want to show that they are supportive.”

Jones said that Cleveland officers have often lacked awareness about the needs of LGBTQ victims: “If the victim was uncooperative, they didn’t prosecute, or you had police officers who were ignorant on how to interact with LGBTQ victims. … I also found a lot of LGBTQ victims weren’t reporting (to police) because they were afraid that it wouldn’t be taken seriously or that they might be arrested. I want to change that.”

The City of Cleveland is looking to improving their Municipal Equality Index (MEI) score within the Human Rights Campaign (HRC). The MEI demonstrates ways cities support their LGBTQ citizens.

According to HRC, Cleveland scored an 81 on their MEI.

According to the City of Cleveland home website, the mission statement of the city is as follows: “We are committed to improving the quality of life in the City of Cleveland by strengthening our neighborhoods, delivering superior services, embracing the diversity of our citizens, and making Cleveland a desirable, safe city in which to live, work, raise a family, shop, study, play and grow old.”

The inclusion of both Schmotzer and Jones was acknowledged by the Greater Cleveland LGBTQ Center Executive Director, Phyllis Harris, as a step forward for the LGBTQ community.

“It takes more than one person in different areas,” Harris said. “The work still remains to be done, but I certainly like the direction we are headed.”