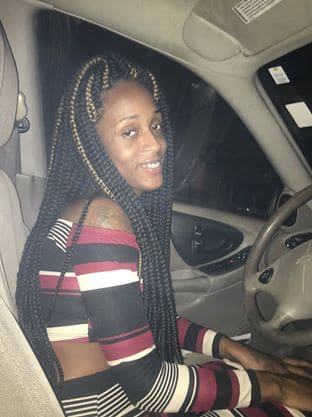 Dejanay Stanton, a 24 year old transgender woman, was killed on August 30. She was not the only trans person murdered that day.

Last Thursday, Stanton was found dead in an alley in Chicago, Illinois. Her death was reported as the 17th murder of a transgender woman in 2018. Hours later, in Shreveport, Louisiana, Vontashia Bell, 18, was shot to death, becoming the 18th.

The next day, friends of Stanton held a balloon-releasing ceremony at the location of her murder. On social media, her death prompted outrage and support, reinvigorating the hashtags #saytheirnames and #blacktranslivesmatter which aim to spread awareness about violence against trans people, particularly trans people of color.

On Facebook, a friend and activist, LaSaia Wade wrote, “So we lost another sister here in Chicago. Sending her family and loved ones peace and justice! Rest in power, Dejanay Stanton.” Wade went on to say, “She was so sweet. Every time you saw her she had a smile on her face. She was just trying to live her best life as a young girl.”

According to the Human Rights Campaign, in 2017, 28 trans people were killed by acts of violence. In July, the Daily Beast ran a story with the headline “2018 Is Shaping Up to Be a Another Terrible Year for Trans Murders.” The article referenced three killings of trans women in the Jacksonville, Florida area between January and June. The rapid succession of the murders has led some to speculate that the three are linked, though there is no evidence to suggest the work of a serial killer.

It’s important to note that even among the 18 killings this year, some were almost not identified as violence against trans people. In a trend repeated in the case of Vontashia Bell, victims are often misgendered in the initial coverage of their deaths, making it difficult to track every incident that falls under this larger issue.

On September 3rd, the New York Times posted an article discussing the Justice Department’s attempts to redefine the civil rights issue and shift priority to groups like churches and police officers and away from commonly oppressed minorities like people of color and the LGBTQ community.

Though the disturbing rate of violence against trans people would suggest an urgent problem, the piece cites the opinions of people like Derrick Max, the executive director of the Cornerstone Schools Christian Academy, who argue that LGBTQ progress has been so fast as to undermine the voices of Christian Americans.

“The move from same-sex attraction issues to transgender issues literally exploded so fast everyone’s head was spinning a little bit,” he said.

In 2014, a study by the Inter-American Commision on Human Rights found that the life expectancy for trans women in the Americas was 35. This led to the creation of a hashtag #ThriveOver35, which according to its creator, a black trans woman named Ashlee Marie Preston, is, “an opportunity for black trans women to express gratitude for every year we survive the multi-tier marginalization we have to navigate on a daily basis.”

Several organizations expressed hurt over Stanton’s murder. On Twitter, the Howard Brown Health Center, which promotes and provides healthcare for LGBTQ people, wrote, “We send our sincerest condolences go to Dejanay’s family, friends and all in our community who are impacted by hate crimes, violence and discrimination motivated by transphobia. We will continue forging space for the experiences of trans women of color and resisting violence.”

Another user, @Jessica_Kursman, tweeted, “Dejanay was more than transgender, as the news will only report.”

On the day before her death, Stanton posted to Facebook, “ain’t close to nobody no more, may kick s__t with a few but im in this s__t alone..”