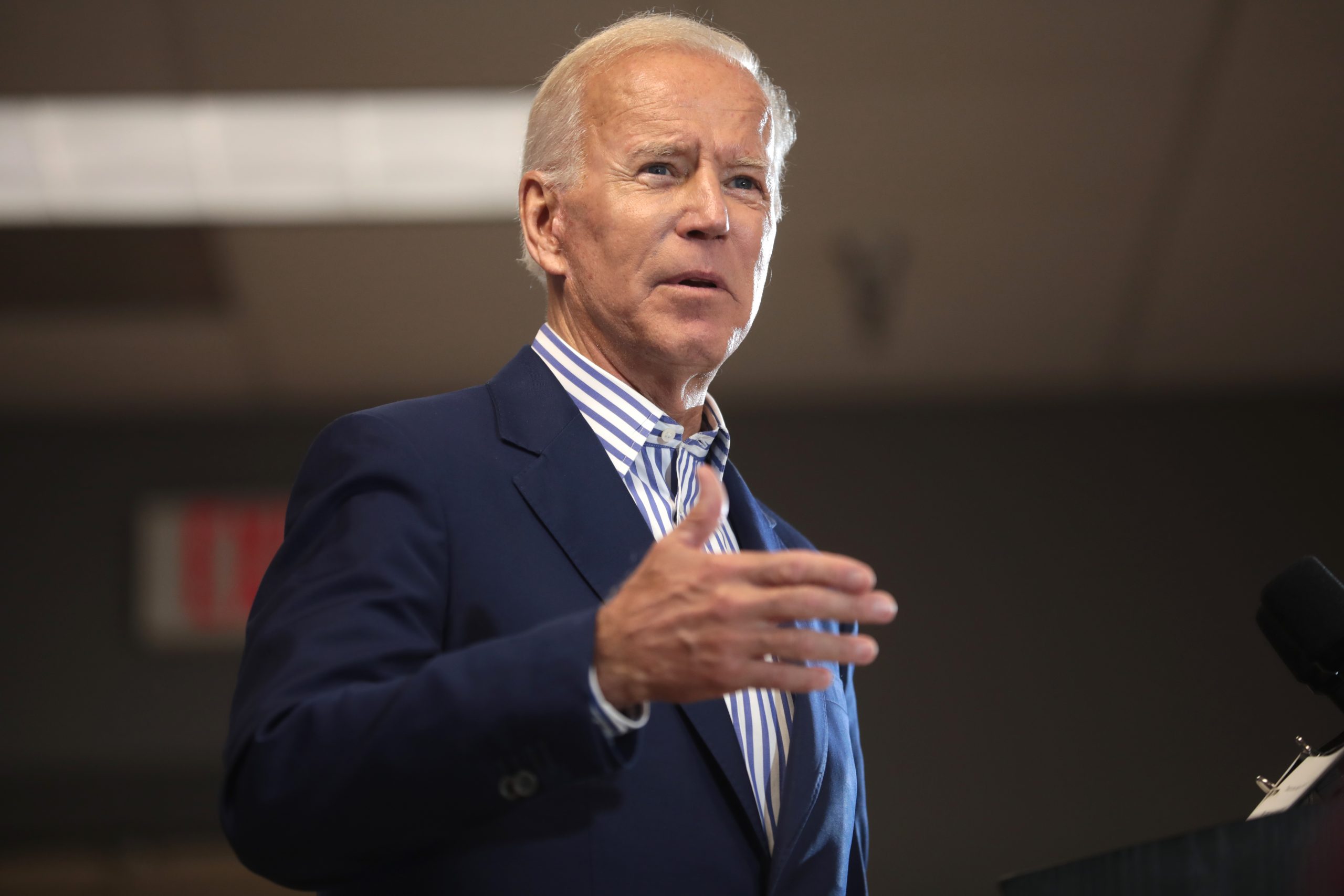 Emma González, a bisexual student who became one of the leaders of a youth movement against gun violence after a 2018 shooting at her high school in Parkland, Florida, was one of the first voices heard by people tuning in to Wednesday night’s broadcast of the Democratic National Convention. Soon after her, viewers heard from the mother of Jerald Wright, a 31-year-old man killed during a gun massacre at the Pulse gay nightclub in Orlando, Florida, in 2016. The broadcast’s host, actress Kerry Washington, noted the increasing violence against trans people.

Gun violence, climate change, and women were the focus of the third night of the 2020 Democratic National Convention. And LGBT people were visible throughout.

Right at the top of her speech, Speaker Nancy Pelosi noted that the Democrats in the U.S. House include 60 percent women, people of color, and LGBTQ people, standing on the shoulders of those who fought for them at Seneca Falls, Selma, and Stonewall.

Like many speakers, vice presidential nominee Kamala Harris noted August 18 was the 100th anniversary of the ratification of the 19th Amendment, allowing women to exercise their right to vote. In introducing herself to the television audience, she talked about how much she was influenced and empowered by her late mother.

Although Harris’ speech did not include any specific mention of her support for LGBT people, she has been a long-time supporter of equal treatment for the community and the community has been a stronger supporter of Harris. An analysis of dollars to Democratic candidates in 40 zip codes known to have heavily LGBT populations found Harris was the second favored candidate, behind only openly gay candidate Pete Buttigieg.

“Throughout her groundbreaking career, Senator Harris has been an outspoken advocate for the LGBTQ community,” said David, “standing with us when many, even sometimes those within her own party, did not.”

“In her time as a U.S. Senator,” said Carey, “she worked with our policy team to draft and introduce the Census Equality Act which, if passed, would have included questions that would have collected much-needed data on LGBTQ people and families in this year’s US Census and in the American Community Survey. When she was Attorney General for the largest state in the nation, she declined to stand by [the anti-same-sex marriage] Proposition 8, which helped lead to marriage equality for all of us. Senator Harris also urged investigations into the death of transgender immigrant Roxsana Hernández, who died after being held in ICE detention.”

U.S. Senator Tammy Baldwin, who was said to be have been on Biden’s list of potential vice presidential running mates, noted Wednesday that Harris came to Wisconsin to help with Baldwin’s last re-election campaign.

Baldwin was speaking to a Zoom audience organized Wednesday evening by the Lesbian Political Action Committee (LPAC) to pay tribute to Baldwin, the first lesbian elected to the U.S. Senate. In LPAC’s own video tribute, a long array of high-profile politicians and celebrities praised Baldwin for her leadership as an openly lesbian elected official. Among them were Oregon Governor Kate Brown, U.S. Senators Elizabeth Warren, Kyrsten Sinema, and Tammy Duckworth, and tennis legend Billie Jean King.

During the tribute, LPAC Treasurer Hilary Rosen asked Baldwin what can be done to ensure that the Democratic presidential nominee wins Wisconsin’s electoral votes this year. The loss of Wisconsin to Republican Donald Trump was largely blamed on Democratic nominee Hillary Clinton’s failure to campaign in the state.

“You gotta show up,” said Baldwin, who acknowledged there were “a lot of strong feelings about Hillary not coming [to Wisconsin] in 2016.” Baldwin said Biden has targeted specific outreach in Wisconsin this year.

Baldwin and Buttigieg will both be speakers on the last night of the convention, Thursday, when nominee Biden will give his acceptance speech.