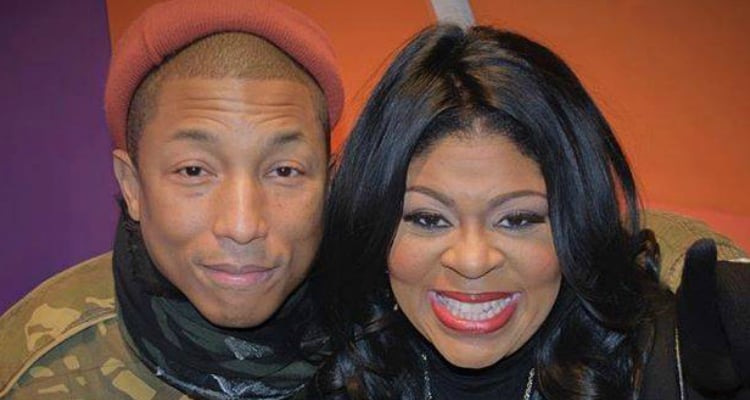 Gospel singer and pastor Kim Burrell, who was scheduled to appear alongside Pharrell Williams on tomorrow’s episode of “Ellen,” was removed from the line-up after an anti-LGBT sermon she preached in Houston, Texas, circulated online.

Burrell referred to “that perverted homosexual spirit” in her sermon, which also encouraged her cheering audience to “spit on” homosexuals that “say you got to love everybody.”

She also said Eddie Long, senior pastor of New Birth Missionary Baptist Church in Lithonia, was “an embarrassment to the Church” because of his rumored homosexuality. Long was previously accused by four former members of his congregation of engaging them in sexual acts as teenagers.

A number of “Ellen” fans and well-known celebrities urged the show’s producers to take Burrell off the show following her remarks, including some Atlantans. R&B artist Janelle Monae is also scheduled to appear on the episode, and told Instagram followers she does not condone any hateful comments against the LGBT community.

“We all belong to the same community, a shared community called humanity. And today and tomorrow and the next day I will continue to stand with other like-minded people who condemn any and all statements and actions that would seek to deny the basic humanity of our fellow brothers and sisters,” she said.

Local activist Anthony Antoine, who created the Stand Up & Represent March, launched a Change.org petition against Burrell that garnered more than 6,000 signatures. On his Facebook page Tuesday, Antoine praised those who signed the petition, saying, “THIS is how we organize Our power in 2017 & beyond … You who affirmed the effort, signed the petition, flipped it to your friends & followers and added to the collective voice of power to make a difference.”

Atlanta organization The Gentlemen’s Foundation, which promotes and celebrates gay, bisexual and transgender men of color, released a statement condemning Burrell’s remarks and use of her church to spread discriminatory messages.

“While we know that this type of hate against our community is due to may years of forced religious thoughts, beliefs and practices that continue to seek to make us less than human, we must all still be responsible for the implications our words can have on others,” the group said in the statement, dated Jan. 3. “We understand and even have compassion for anyone who holds this type of hate in their hearts, but ignorance is never an excuse for demeaning and/or belittling anyone.”

Gee Smalls, the foundation’s co-founder and vice chairman, said Burrell has been invited to meet with them and other faith leaders of color “to be schooled about love, especially as the Bible really teaches.”