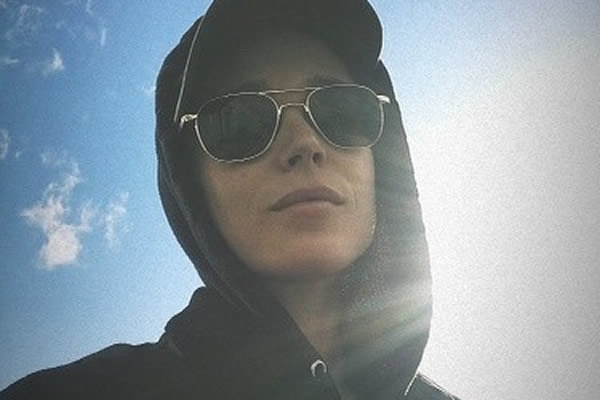 Oscar-nominated actor and star of Netflix’s “The Umbrella Academy” Elliot Page, came out Tuesday as transgender and non-binary in a message posted to his social media accounts.

“I love that I am trans. And I love that I am queer,” he said in the message. “And the more I hold myself close and fully embrace who I am, the more I dream, the more my heart grows and the more I thrive. To all the trans people who deal with harassment, self-loathing, abuse and the threat of violence every day: I see you, I love you and I will do everything I can to change this world for the better.”

Page became a breakout star with his role in “Juno” where he played a teenager dealing with an unplanned pregnancy. He earned nominations for an Academy Award, a BAFTA Award, a Golden Globe Award and others.

In his coming out message, Page mentioned his fear at being discriminated against because of his gender identity.

“The statistics are staggering. The discrimination towards trans people is rife, insidious, and cruel, resulting in horrific consequences,” he said. “To the political leaders who work to criminalize trans health care and deny our rights to exist and to all those with a massive platform who continue to spew hostility towards the trans community: You have blood on your hands.”

Page has also held roles in Christopher Nolan’s “Inception,” “Whip It!” and Sony’s reboot of “Flatliners.” He previously produced and starred in movies “Tallulah” and “Freeheld,” and directed “There’s Something in The Water,” a documentary on environmental racism in Canada.

“Elliot Page has given us fantastic characters on-screen, and has been an outspoken advocate for all LGBTQ people,” GLAAD Director of Transgender Media Nick Adams said in a statement. “He will now be an inspiration to countless trans and non-binary people. All transgender people deserve the chance to be ourselves and to be accepted for who we are. We celebrate the remarkable Elliot Page today.”

“Thank you for sharing your truth with us, and for shining a bright light on the challenges too many in our community face,” tweeted David. “We are proud of you, and we love you. And we will never stop fighting alongside you for change.”

Canadian Prime Minister Justin Trudeau in his own tweet thanked Elliot “for sharing these words and speaking your truth.”

“Your bravery and strength are inspiring, and your authenticity and vulnerability will mean so much to so many,” said Trudeau. “Sophie and I wish you the very best, and we send you — and the trans community — all our support.”

Page was born and raised in Nova Scotia.