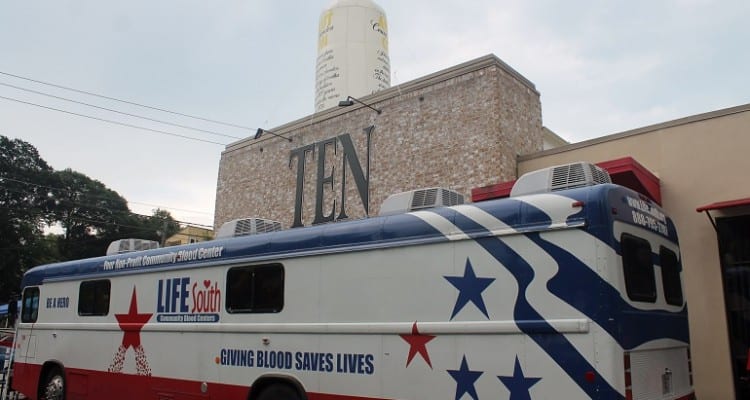 The U.S. Food and Drug Administration signaled Tuesday that it is reevaluating its policy on blood donations by gay and bisexual men, less than a year after changing its former policy and less than two months since the Orlando shooting brought renewed scrutiny about the issue. The current policy prohibits donations from any men who have had sex with another man in the previous year.

The news came in the form of a notice posted to the Federal Register, which is basically a clearinghouse for the daily goings-on of the U.S. federal government. The notice said that the FDA is establishing a public docket for comment about its current blood donation policy.

“Interested persons are invited to submit comments, supported by scientific evidence such as data from research, regarding potential blood donor deferral policy options to reduce the risk of HIV transmission, including the feasibility of moving from the existing time-based deferrals related to risk behaviors to alternate deferral options, such as the use of individual risk assessments,” the notice reads. “Additionally, comments are invited regarding the design of potential studies to evaluate the feasibility and effectiveness of such alternative deferral options. FDA will take the comments received into account as it continues to reevaluate and update blood donor deferral policies as new scientific information becomes available.”

Activists have long pushed for a change to a policy based on individual risk factors such as intravenous drug use or unprotected sex instead of singling out gay and bisexual men. Last December, the FDA changed the policy from one that essentially was a lifetime blood donation ban for gay and bisexual men to the current one-year deferral policy.

The issue hit the national radar again after last month’s shooting at the LGBT Orlando club Pulse that left 49 dead. Blood banks were filled with people wanting to donate, but due to the FDA policy, gay and bisexual men weren’t allowed to help their own community.

Eight days after the shooting, 114 members of Congress and 24 members of the U.S. Senate sent letters to the FDA calling the current policy discriminatory against gay and bisexual men and urging them to base their guidelines on individual risk factors instead of targeting a specific set of people.

“During times of tragedy, the American people are quick to demonstrate their resiliency and mobilize in solidarity with victims and affected communities. We have witnessed that compassion as Floridians quickly lined up to donate blood for the wounded. Yet, some of those most touched by this tragedy-members of the LGBT community, who are especially eager to contribute to the response effort-are finding themselves turned away. Due to the FDA’s current MSM deferral policy, many healthy gay and bisexual men remain prohibited from donating needed blood,” the Senate letter read. “We are steadfastly committed to ending the FDA’s discriminatory policy that prohibits many healthy MSM from donating blood and moving to policies that secure our nation’s blood supply in a scientifically sound manner based on individual risk.”

Rules for submitting public comments on the policy can be found here.