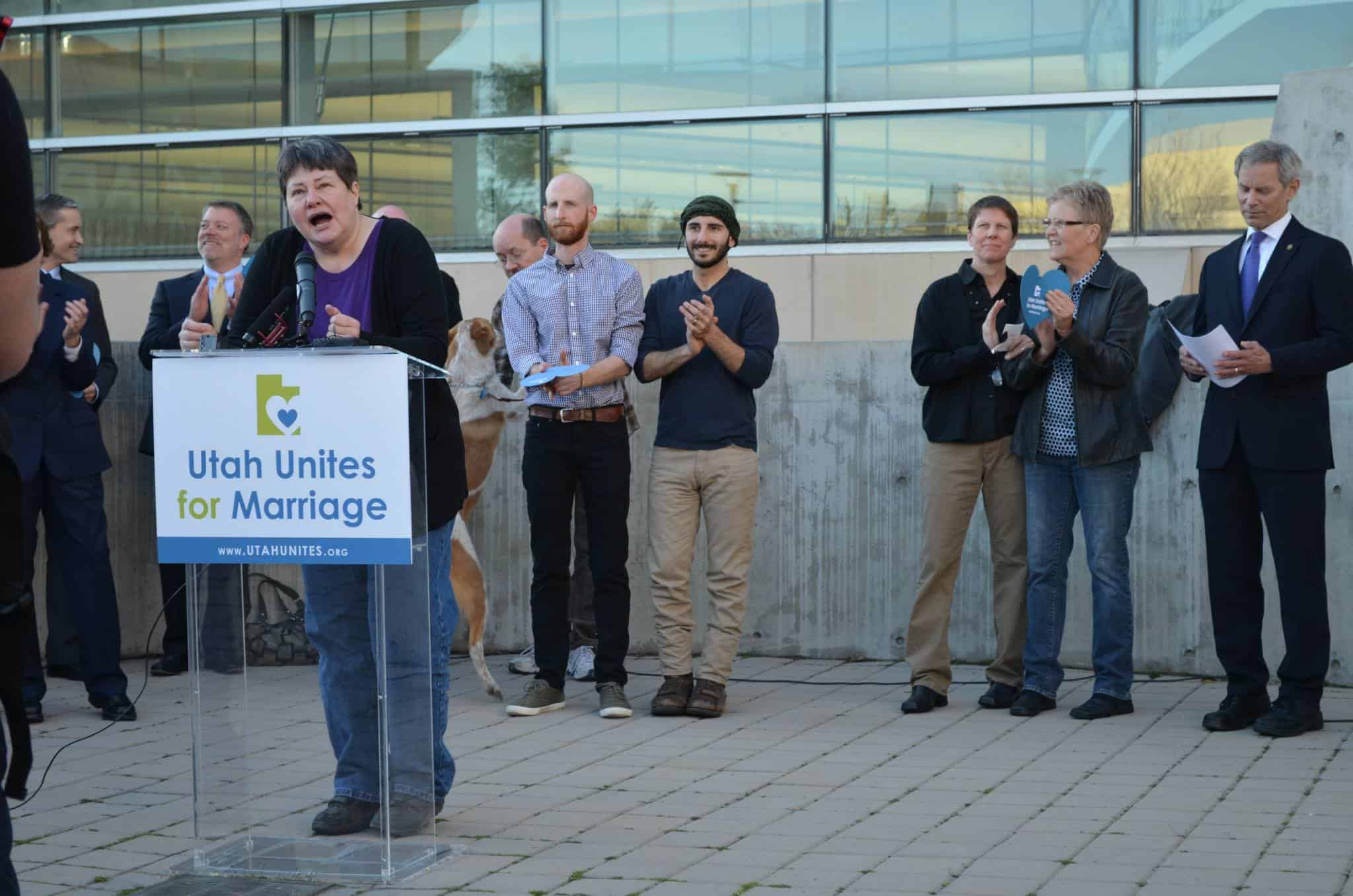 In another victory today for marriage equality, the U.S. Court of Appeals for the 10th Circuit ruled Utah’s same-sex marriage ban violated the Constitution.

“We hold that the Fourteenth Amendment protects the fundamental right to marry, establish a family, raise children, and enjoy the full protection of a state’s marital laws. A state may not deny the issuance of a marriage license to two persons, or refuse to recognize their marriage, based solely upon the sex of the persons in the marriage union,” the Denver-based court wrote in its ruling.

This is the first time a federal appeals court has supported same-sex marriage. The ruling was stayed and the case, known as Kitchen v. Herbert, will now likely head to the Supreme Court.

The ruling comes the day before the one-year anniversary of the Windsor ruling where the Supreme Court struck down a major portion of the Defense of Marriage Act, allowing gay couples to have their legal marriages recognized by the federal government. The Supreme Court, however, did not rule on the Constitutionality of same-sex marriage itself.
“The Windsor majority expressly cabined its holding to state-recognized marriages … and is thus not directly controlling. But the similarity between the claims at issue in Windsor and those asserted by the plaintiffs in this case cannot be ignored,” the 10th Circuit Court wrote.

The case was brought by Utah couples Derek Kitchen and Moudi Sbeity, Laurie Wood and Kody Partridge, and Karen Archer and Kate Call. The couples are represented by the Salt Lake City law firm of Magleby & Greenwood, P.C. and by the National Center for Lesbian Rights.

U.S. District Court Judge Robert J. Shelby ruled in December that Utah’s laws banning same-sex marriage violate the U.S. Constitution’s guarantees of equal protection and due process. More than 1,000 same-sex couples married in Utah in the days following the ruling. Utah appealed the ruling to the Tenth Circuit, which heard oral argument in the case on April 10.