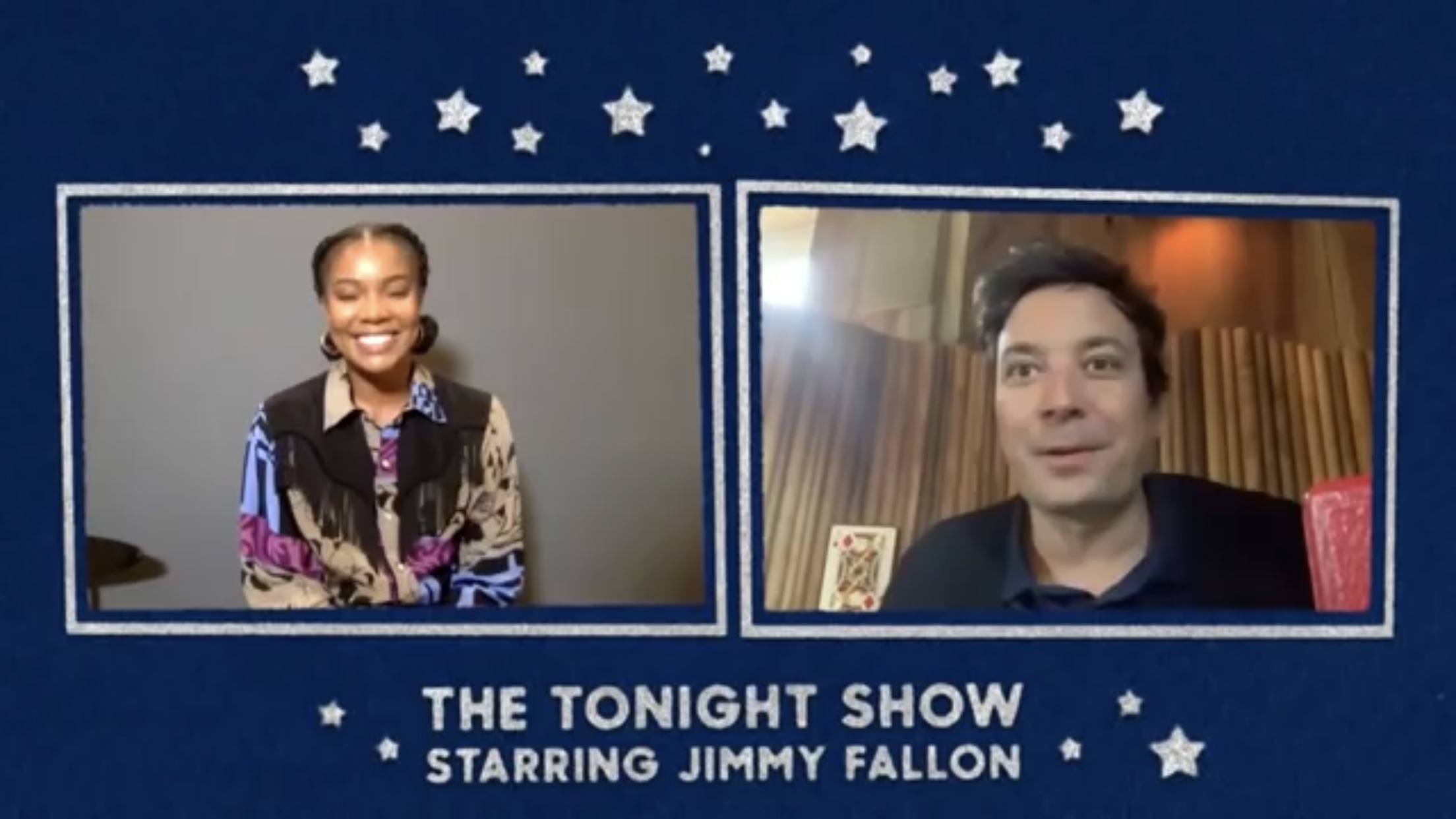 Actress Gabrielle Union is supporting the LGBTQ community and other marginalized groups during the coronavirus pandemic, she shared on The Tonight Show Starring Jimmy Fallon.

On Wednesday’s at-home episode of The Tonight Show, Union shared how she and her husband, former NBA player Dwayne Wade, are supporting these communities during the pandemic.

“We’ve been giving, like so many people have been giving, and we’re trying to figure out what maybe are some communities that are falling through the tracks during all this giving,” she said. “We tend to focus most of our efforts these days on the most marginalized of us. That oftentimes are marginalized communities within the LGBTQ community. We directed a lot of our giving toward those communities who tend to be forgotten about, especially during a global pandemic.”

“We’re just trying to give in any way we can to remind people that we see you, we hear you, we love you, and we’re going to try to make life a little bit better in any way we can,” Union continued.

Back in April, Wade and Union contributed to five different organizations that support healthcare for the LGBTQ community through the CAA Foundation, an organization that harnesses the power of the entertainment industry to enact positive social change.

Thank you to the generosity of our clients Dwyane Wade (@DwyaneWade) and Gabrielle Union Wade (@itsgabrielleu) in supporting healthcare for the LGBTQ community during the #COVID19 crisis.

5 providers were chosen to receive funding based on cities they have called home. ♥️ pic.twitter.com/QILD35rcfR

Even before the pandemic, Union and Wade helped raise money for GLSEN, an organization dedicated to ending bullying and discrimination in schools.

The couple’s giving could be prompted by the direct relationship they have with the LGBTQ community. Zaya, one of Wade’s children from a previous relationship, came out as transgender in April 2019. Both Wade and Union have been openly supportive of Zaya; Wade expressed his support on The Ellen DeGeneres Show in February.

“Me and my wife, Gabrielle Union…we are proud parents of a child in the LGBTQ community and we’re proud allies as well,” he said. “…We’re just trying to figure out as much information as we can to make sure that we give our child the best opportunity to be her best self.”

Union recently also appeared on The Ellen DeGeneres show to promote her new children’s book, Welcome to the Party. There, she said it was odd to receive praise for accepting and embracing her 12-year-old stepdaughter, because that’s just “what you’re supposed to do.”

“[T]o us, it’s a little of to get any kind of recognition for doing what you’re supposed to do, which is love and accept and embrace your kids,” Union said. “But unfortunately, there are so many people who just don’t…and so many people who really truly feel like their kids are disposable. If they’re not perfect images of them, they’re not interested. And it’s heartbreaking.”