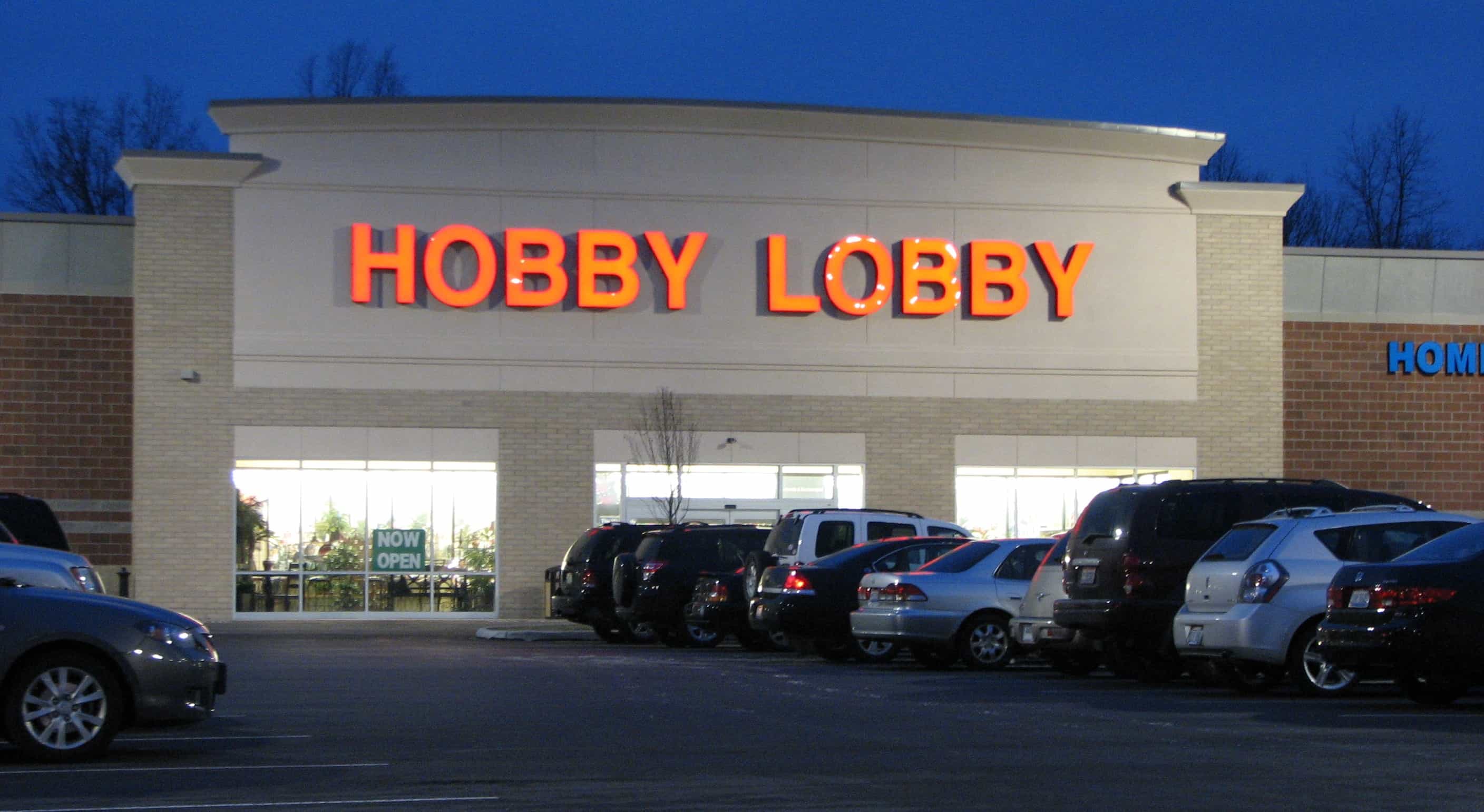 Some LGBT legal activists say today’s decision in a U.S. Supreme Court religious exemption case amounts to a “dangerous and radical departure from existing law that creates far more questions than it answers.”

Saying it is not providing a “shield for employers who might cloak illegal discrimination as a religious practice,” a 5 to 4 majority of the U.S. Supreme Court ruled today (June 30) that a federal law may not require a closely held commercial employer to provide health insurance coverage for contraception if that employer claims that to do so violates his or her personal religious beliefs.

The opinion in the Hobby Lobby cases, written by Justice Sam Alito, also states that the decision applies only to a federal mandate that employers provide coverage for contraception and does not necessarily apply to coverage for other medical services to which some employers might raise religious objections.

Shannon Minter, legal director for the National Center for Lesbian Rights, called it a “dangerous and radical departure from existing law that creates far more questions than it answers.”

“Thankfully, however, the majority recognized that even under its sweeping new rule, corporations cannot rely on claims of religious liberty to evade non-discrimination laws,” said Minter. “That limitation is extremely important and means that employers cannot exploit today’s decision to justify discrimination against LGBT people or other vulnerable groups, but we will need to be vigilant to make sure that principle is respected and enforced.”

“While protecting an individual’s right to adhere to deeply held religious beliefs is a core American value, as a society we must remain vigilant and mindful to ensure that such beliefs are not used to discriminate against any specific class of people in the workplace or within the day-to-day conduct of business,” the release states.

Rebecca Isaacs, executive director of the Equality Federation, which works with state LGBT organizations, also issued a statement about her disappointment in the ruling and that it could lead to more discrimination.

“The Court’s decision is also deeply troubling because it may embolden those who are trying to use religion to trump other anti-discrimination measures.  For example, we can expect to see supporters of the Arizona bill that could have allowed businesses to turn away gay customers push again for such measures.”

Georgia Republicans tried to get a bill passed in the last session similar to the Arizona bill and similar bills are expected to be introduced in next year’s session.

Gary Buseck, interim executive director for Gay & Lesbian Advocates & Defenders, said he was reassured by a concurring opinion from Justice Anthony Kennedy. In that concurrence, Kennedy said he does not believe the majority opinion has the breadth that the dissent claims it does.

Jenny Pizer, senior counsel at Lambda Legal, said the majority opinion “disregards decades of case law that drew a protective line between free religious expression and religious dominance of others.”

“It is a radically dangerous decision that invites more misguided actions contrary to essential protections for employees, customers and the public,” Pizer said. “It is imperative that the U.S. Congress amend the federal Religious Freedom Restoration Act to withdraw the blessing the Court mistakenly has given these companies to impose their beliefs on working women.”

While Pizer, too, took some comfort from the majority’s statement that the ruling applies only to the contraception mandate, she said “recent mistreatment of LGBT people in employment and other commercial settings still makes this extremely troubling.”

“A business owner’s religious objection to a worker’s same-sex spouse or a customer’s LGBT identity is not acceptable grounds for discrimination,” said Pizer. “It is more important than ever that states and Congress enact strong, clear nondiscrimination protections for LGBT people.”

Nan Hunter, a Williams Institute Senior Scholar as well as a Georgetown Law professor, said the decision itself is “carefully limited to the particular context of contraception and health insurance.”

“But what Justice Ginsburg is worried about—and I share her concern—is that a host of other possible claims for exemptions by for-profit businesses are simply left undecided,” said Hunter. “The examples of discrimination that she cites, as well as the possibility of religious employers discriminating against LGBT workers, are left to another day, but the Court establishes no principles that would preclude such actions. The camel’s nose is well under the tent.”

Alito said the federal regulations prepared by the Department of Health and Human Services to implement the Affordable Care Act violates the Religious Freedom Restoration Act. That Act, passed in 1998, prohibits the federal government from imposing a “substantial burden” on a person’s religious beliefs unless that burden is tailored narrowly to address a compelling governmental interest. While the majority concedes that the ACA regulations regarding contraception serve a compelling governmental interest, it believes “There are other ways in which Congress or HHS could equally ensure that every woman has cost-free access to the particular contraceptives at issue here and, indeed, to all FDA-approved contraceptives.”

The decision says closely held corporations—owned by a small group or family—should be treated the same as “religious non-profit corporations” when the owners have religious objections to contraceptive coverage.

“We do not hold, as the principal dissent alleges, that for-profit corporations and other commercial enterprises can ‘opt out of any law (saving only tax laws) they judge incompatible with their sincerely held religious beliefs’,” wrote Alito. “…HHS and the principal dissent argue that a ruling in favor of the objecting parties in these cases will lead to a flood of religious objections regarding a wide variety of medical procedures and drugs, such as vaccinations and blood transfusions, but HHS has made no effort to substantiate this prediction. HHS points to no evidence that insurance plans in existence prior to the enactment of ACA excluded coverage for such items. Nor has HHS provided evidence that any significant number of employers sought exemption, on religious grounds, from any of ACA’s coverage requirements other than the contraceptive mandate.”

“…In any event,” wrote Alito, “our decision in these cases is concerned solely with the contraceptive mandate. Our decision should not be understood to hold that an insurance-coverage mandate must necessarily fall if it conflicts with an employer’s religious beliefs. Other coverage requirements, such as immunizations, may be supported by different interests (for example, the need to combat the spread of infectious diseases) and may involve different arguments about the least restrictive means of providing them.”

But Ginsburg and the dissent say the Alito “startling breadth” of Alito’s decision “holds that commercial enterprises, including corporations, along with partnerships and sole proprietorships, can opt out of any law (saving only tax laws) they judge incompatible with their sincerely held religious beliefs.”

Ginsburg says the majority “forgets that religious organizations exist to serve a community of believers. For-profit corporations do not fit that bill….By incorporating a business, however, an individual separates herself from the entity and escapes personal responsibility for the entity’s obligations.”

As for the majority’s claim that there was “no evidence that any significant number of employers” have sought exemption on religious grounds, Ginsburg wrote, “Hobby Lobby and Conestoga surely do not stand alone as commercial enterprises seeking exemptions from generally applicable laws on the basis of their religious beliefs.” She cited a number of cases, including the Elane Photography v. Willock case which the Supreme Court recently denied a petition to hear. In that case, a wedding photographer refused a lesbian couple who sought photography service for their wedding.

The highly anticipated decision came in the cases of Burwell v. Hobby Lobby Stores (formerly Sebelius v. Hobby Lobby) and Conestoga Wood v. Burwell—cases that did not involve any LGBT-related health coverage. But the decision is seen as having potential impact on whether employers might be able to cite religious beliefs to deny services of particular interest to LGBT people, such as alternative insemination, HIV preventive care, and gender reassignment treatments.

In both cases, the owners of large commercial stores were challenging the implementing regulations for the Affordable Care Act. Those regulations require employer health plans to provide women on their plans with the “full range” of “contraceptive methods.” ACA regulations allow an exemption for “religious employers” and “religious non-profit organizations that have religious objections to providing coverage for some or all contraceptive services.” And they define “religious employer” as a “non-profit organization described in the Internal Revenue Code provision that refers to churches, their integrated auxiliaries, conventions or associations of churches, and the exclusively religious activities of any religious order.”

The two stores challenging the regulations included Hobby Lobby Stores and Mardel. Hobby Lobby is a national chain of arts and craft supply stores; Mardel is an affiliated chain of Christian bookstores. Both stores, employing over 13,000 people, are owned by five people (referred to as The Greens) who excluded contraceptive coverage from the health plans, saying contraception goes against their religious belief that life begins “when sperm fertilizes an egg.”

Attorneys for the Greens argued that the 1993 Religious Freedom Restoration Act prohibits government from “substantially burden[ing] a person’s exercise of religion” unless it needs to do so to address a “compelling governmental interest” and is applied in the “least restrictive” way.

The Tenth Circuit U.S. Court of Appeals ruled for the Hobby Lobby-Mardel, saying that, under the Restoration Act, The Greens count as “persons exercising religion” and that requiring them to provide contraceptive coverage does “compromise their religious beliefs.”

HHS argued the beliefs held by the owners of the two companies do not justify an exemption for the companies to a “generally applicable law that regulates only those corporations and not their individual owners.”

The second case before the Supreme Court, Conestoga Wood v. Sebelius, is essentially the same, except that HHS won that case in the Third Circuit Court of Appeals.

The Conestoga Wood company is represented by the Alliance Defending Freedom, which has been involved in pressing a number of lawsuits opposing equal treatment of same-sex couples with marriage licenses. In its brief, the Alliance argues that the ACA is “requiring private citizens to buy contraceptive insurance coverage for other citizens.” Their arguments often echo those used to defend recent efforts to pass bills in various states to allow citizens to discriminate based on various categories (including race, sexual orientation, and gender identity).

A family of Mennonite Christians operates Conestoga Wood in Lancaster, Pennsylvania, employing 950 people making doors and cabinets. The family believes it is immoral to take a human life, including through abortion. The company filed suit, asking for an injunction to avoid the contraception requirement. The Third Circuit identified Conestoga as a “for-profit secular corporation” and said such corporations “cannot engage in religious exercise.”

Lambda Legal and two other groups filed a friend-of-the-court brief in the two cases, saying they agree with the Obama administration that the ACA’s contraception coverage mandate “serve[s] compelling interests in public health and gender equality.” Allowing these commercial employers to claim a religious exemption, said Lambda, “would open the door to increased use of religion to deny LGBT persons, those with HIV, and other vulnerable minorities equal compensation, health care access, and other equitable treatment in commercial interactions.”

Joining Lambda in the brief were the Gay and Lesbian Medical Association and AFL-CIO group Pride at Work.

The National Center for Lesbian Rights and the National Gay and Lesbian Task Force signed onto a brief filed by the National Women’s Law Center.