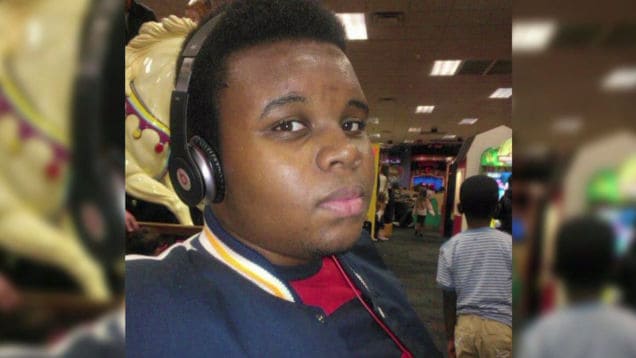 Thirty-five state LGBT organizations, including Georgia Equality, released a statement Friday saying they were standing in solidarity with the people of Ferguson, Missouri, following the police shooting of Michael Brown, 18.

Brown, who was unarmed, was shot Aug. 9 after an encounter with police. Violence broke out in the city between residents protesting the shooting and police who used military equipment to intimidate and break up the protesters, reminding some of a police state and also of the violence used against African Americans during the civil rights movement.

“It is unbelievable, it’s unreal to see what the police are doing there,” said U.S. Rep. John Lewis of Georgia and a civil rights icon. “Ferguson, Missouri, is part of the United States of America. People have a right to protest, they have a right to dissent, they have a right to march in an orderly, peaceful, nonviolent fashion, and the press has a right to cover it. It takes me back to the ’40s, the ’50s, the ’60s.”

USA Today has a good timeline of what has been happening in Ferguson.

The full statement from the statewide LGBT equality groups reads:

“Over the last several days, our country has been on edge as events have unfolded in the aftermath of the death of 18 year-old Michael Brown in Ferguson, MO. This tragedy has made it abundantly clear that the promise of the American dream has not been extended to all the people in our nation. Through social media, as well as in traditional media, we have heard thousands speak out, not just from Ferguson, but from all across the country. These passionate voices have been insistent, unanimous, and unambiguous: What happened in Ferguson could have happened, and too often does, in any community in the United States.

“As organizations representing the lesbian, gay, bisexual, transgender, and queer (LGBTQ) communities, we affirm the thoughtful young voices emerging to speak truth to power as they strive to transform their communities so that no person of color will ever again be targeted simply for walking down the street.

“As community members, we pledge to stand beside you in this struggle for racial justice. As Americans, we refuse to allow any constitutional protection to be suspended. As individuals, we share your quest for justice and hope that you will invite us to be present as peace and justice prevail.

“Community is important, no matter how you define it. We are linked to one another as neighbors, friends, and allies. Let us proceed as such. We will be with you.”

The Equality Network (TEN of Oklahoma)