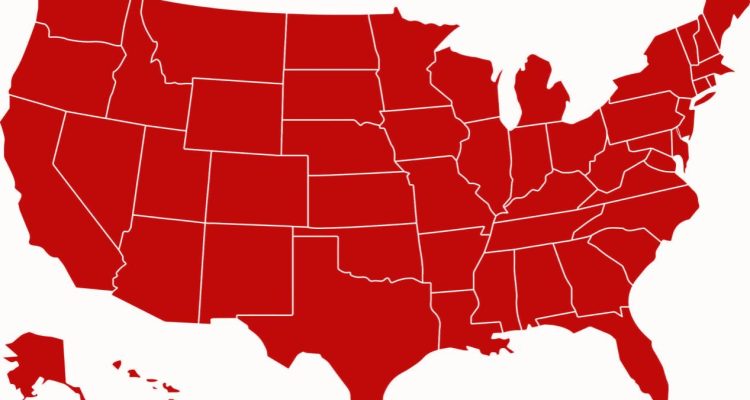 The Equality Federation, a coalition of state LGBTQ+ organizations that works collaboratively on critical non-partisan issues has cataloged the bills. Equality Federation data shows that state legislators pre-filed bills where possible in eight states. The states with the most bills are Texas (36), Missouri (26), North Dakota (8), and Oklahoma (6).

The bills mirror those in 2022, including restrictions on gender-affirming care for trans youth and on participation by trans youth in school sports. There are also more “Don’t Say Gay” style bills curtailing access to LGBTQ books and history in schools — a pledge newly elected House Speaker Kevin McCarthy alluded to in his acceptance speech when he said, “We’re gonna pass bills to fix the nation’s challenges” like “woke indoctrination in our schools.”

Erin Reed, a board member and legislative researcher at Trans Formations Project, Inc. tracks legislation related to trans issues. Reed told PBS NewsHour that statehouses where Republicans expanded their margins in the midterms will likely double down on anti-trans legislation in 2023 and also reintroduce some of the more draconian measures that failed to pass in previous sessions.

Among the bills in Texas, for example, three classify gender-affirming care for minors as a form of child abuse. Texas GOP Gov. Greg Abbott, who just won re-election, has previously called on citizens to report parents of transgender kids for abuse. As PGN previously reported, in 2022 Abbott said those who did not report instances of minors receiving gender-affirming medical care could face “criminal penalties.”

Highlighting which states are focused on these legislative battles is crucial as they can set the tone for other states. In 2021, Abbott’s draconian anti-abortion stance opened the door to the Mississippi Dobbs case, which overturned Roe v. Wade. Abbott has consistently led the country in anti-LGBT+ legislation, but other states are catching up. And Florida’s GOP Gov. Ron DeSantis is now synonymous with anti-gay laws banning LGBTQ education at any level.

The World Professional Association for Transgender Health (WPATH) states it “promotes the highest standards of health care for individuals through the articulation of Standards of Care (SOC) for the Health of Transsexual, Transgender, and Gender Nonconforming People. The SOC are based on the best available science and expert professional consensus.”

In 2022, WPATH said teens who experienced gender dysphoria could begin hormone treatments at age 14. The group said it was permissible for teens to have some gender-affirming surgeries at ages 15 or 17. While WPATH said there were potential risks, they asserted that it was unethical to withhold early treatments. Lack of gender-affirming care has been associated with anxiety, depression and suicidal ideation.

Yet in Tennessee, the GOP-led legislature stated its first priority post-election would be to ban medical providers from just such gender-affirming health care. The bill, TN HB0001, would “prohibit a healthcare provider from performing on a minor or administering to a minor a medical procedure if the performance or administration of the procedure is for the purpose of enabling a minor to identify with, or live as, a purported identity inconsistent with the minor’s sex.” The pre-filed bill would replace present law with even more stringent restrictions.

As Equality Federation explains, the actions of Abbott, or of DeSantis’s state-appointed medical board, increase the pressure on providers to withdraw care. Florida’s Agency for Healthcare Administration (AHCA) has proposed a ban on Medicaid coverage for gender affirmation for trans and nonbinary youth. The proposal would ban puberty blockers, hormones, sex reassignment surgeries, and “any other procedures that alter primary or secondary sexual characteristics.”

This would effectively stop trans youth from transitioning and, in cases where that process has already begun, force them to detransition. Florida Surgeon General Joseph Ladapo said, “Children experiencing gender dysphoria should be supported by family and seek counseling, not pushed into an irreversible decision before they reach 18.”

In Oklahoma, House Bill 1011, another pre-filed bill, would prohibit distribution of public funds to organizations that provide gender-affirming procedures to patients younger than 21. The bill is so extensive and expansive, covering such a range of possible treatments and by whom, that the range is too long to quote here.

“It’s irresponsible for anybody in health care to provide or recommend life-altering surgeries that may later be regretted,” said the bill’s sponsor, Republican state Rep. Jim Olsen.

Olsen said, “Performing irreversible procedures on young people can do irreparable harm to them mentally and physically later in life.”

Ratcheting up the age restrictions in some of these states’ bills to include trans adults is meant to curtail use of Medicaid and other health insurance to pay for them. Oklahoma’s Senate Bill 129 seeks to ban gender-affirming care for patients under age 26 and block it from being covered under the state’s Medicaid program.

South Carolina, where both chambers of the state legislature are GOP-controlled, is also expanding its laws governing gender-affirming care for adults as stipulated in SC S0243, which was introduced January 16. In addition, that bill requires teachers and other school personnel to out LGBT+ kids to their parents or guardians.

Added to these anti-LGBT+ bills are bills in Arizona, Arkansas, Montana, Tennessee, Texas and West Virginia that would ban minors from attending drag performances. These bills also would force any business that holds drag performances to be classified as a “sexually oriented business,” like a strip-club.

As PGN reported last month, far right protests against drag shows and others targeting the LGBTQ community show a clear link with violent attacks. The impact of more anti-LGBT+ bills could, in addition to the harms of the bills themselves, result in an increase in such violence.