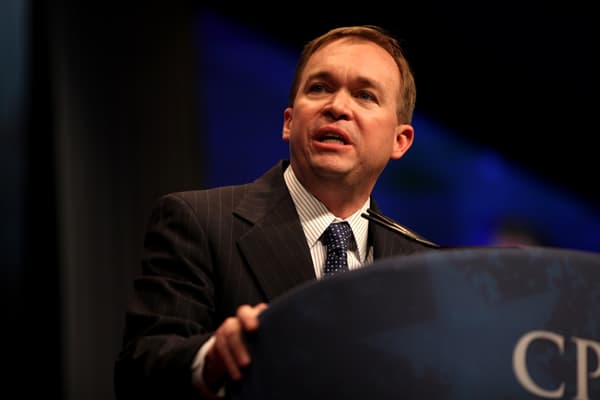 Proponents of funding to combat HIV/AIDS continue to express alarm over cuts to federal programs, which in some cases are massive, in the budget proposal that President Trump unveiled last week amid questions of whether Congress will agree to the reductions.

Carl Schmid, deputy director of the AIDS Institute, said the decrease in funding for HIV/AIDS proposed in the Trump administration’s $4.1 trillion budget request was “pretty shocking” after years of bipartisan agreement to confront the disease.

“We always think there are ways to improve, ways to change things, we’re open to that,” Schmid said. “We’re not one of the people that say, ‘No, no, no.’ But I don’t think cutting the budget this drastically is a way to change things.”

The budget blueprint unveiled in March by the White House Office of Management & Budget indicated proposed cuts for HIV screening and research, but Schmid said the extent of cuts in the budget was a surprise.

Among the more drastic cuts is a $186 million reduction in Centers for Disease Control funding for HIV/AIDS, Viral Hepatitis, STIs, and TB prevention. A full $150 million of the reduction would come from HIV/AIDS prevention programs.

“We would have probably a million fewer HIV tests because of that and we don’t know how many more people will become [HIV] positive and not get the messages,” Schmid said.

Although the CDC doesn’t provide PrEP as a means of HIV prevention, the agency conducts education on the medication, which could be impaired as a result of the cuts, Schmid said.

“We never thought it would be at this magnitude,” Schmid said. “It’s around 19 percent of all HIV prevention funding would be cut. We knew that they were going to cut research, but it’s around 17 percent.”

The budget blueprint identified as a high priority the Ryan White Health Care Act, which provides assistance to low-income people with HIV/AIDS, as well as funding for global AIDS, but the budget also contains some rollbacks for those programs.

For Ryan White, the budget seeks a $59 million reduction to the program as a result of cutting $34 million from programs for children, youth, women and families and $25 million for programs of special significance.

“Most Ryan White funding does go out to grants for direct services and health care medications, things like that, but this is ways to improve and to train people, especially in a changing environment,” Schmid said.

As pointed out by the LGBT group GLAAD, among the programs of special significance is an initiative that seeks to enhance HIV service delivery interventions for transgender women of color at nine delivery sites throughout the country.

“This budget would pull the rug from under some of America’s most marginalized communities, including transgender women of color, at a time when they need our help the most,” said GLAAD CEO Sarah Kate Ellis. “President Trump’s budget is heartless and the latest example of the administration working to systematically erase LGBTQ Americans from the fabric of this nation.”

According to the Health Global Access Project, the proposed funding would decrease the Global Fund to Fight AIDS, Tuberculosis and Malaria and PEPFAR by 17 percent each, making more than $1 billion in cuts to the programs despite assurances global AIDS funding would remain intact.

“The Trump administration’s first budget is a gift to billionaires at the expense of millions of people’s lives — including more than 19 million people with HIV who don’t and won’t have access to life-saving treatment if this $1 billion cut to global AIDS programs becomes reality,” said Health GAP Executive Director Asia Russell. “Shame on the Trump administration for showing no regard for people’s lives and cutting highly effective, life-saving programs to the bone.”

Consistent with the Republican plan to repeal and replace Obamacare, the budget proposal also seeks to eliminate $800 billion in Medicaid. That’s a major of source of assistance for people with HIV/AIDS because an estimated 40 percent of them are on Medicaid.

Doug Wirth, CEO of the New York-based health care non-profit Amida Care, said in a statement the cuts to HIV/AIDS programs proposed in the budget are “unprecedented” and “represent a cruel and callous attack on millions of hard-working Americans.”

“Funding for health care is not just a number on a balance sheet – for many people, it’s a matter of life and death,” Wirth said. “These ruthless cuts will reverse our hard-earned progress in the fight against AIDS. It harkens back to the years of inaction under the Reagan administration that fueled the growth of the AIDS epidemic – an epidemic that has been far too costly in American lives and taxpayer dollars.”

Defending the budget proposal at the White House after it was unveiled, Director of the Office of Management & Budget Mick Mulvaney said the request is a “taxpayer first budget” because it takes into account the effectiveness of government programs.

Mulvaney also downplayed the cuts to Medicaid, saying the administration’s proposals would return authority to the states and wouldn’t be as steep as estimated.

“There are no Medicaid cuts in terms of what ordinary human beings would refer to as a cut,” Mulvaney said. “We are not spending less money one year than we spent before. What we are doing is growing Medicaid more slowly over the 10-year budget window than the Congressional Budget Office says that we should or says that we will under current law.”

It remains to be seen whether Congress — which has ultimate authority over the purse — will agree to the cuts, although with both chambers under Republican control and seeking to reduce federal government, that would seem likely.

Schmid said HIV/AIDS advocates are bringing the fights against the cuts to Capitol Hill, hoping the historic bipartisan support for HIV/AIDS funding would restore at least some funds.