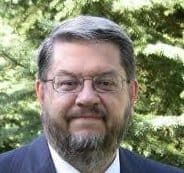 Paul Dorr posted a Facebook live video, showing him throwing four books with LGBTQ themes into a trash can fire, about an hour before a story time which kicked off the second annual OC Pride.

Dorr said he borrowed the “shameful and wicked” books from the library to prevent them being read at the story time event.

“I cannot stand by and let the shameful adults at the Orange County Library Board bring the next group of little children into their foul, sexual reality without a firm resistance,” he said in the video.

Dorr is the director of Rescue The Perishing, a religious group he describes as a “crisis center and pro-life, pro-family movement.”

Earlier this year, a petition spread through Orange County demanding books with LGBTQ content be separated from other books and labeled. The petition gained more than 340 signatures.

Three of the four books Dorr burned were featured in the petition.

“Burning books from a public library is a clear attempt to shut down the open sharing and discussion of ideas,” Stringer said. “It’s one person, or maybe a group, deciding that they’re the gatekeeper of ideas for the rest of the public.”

Amanda Vasquez, the library’s director, said she “alerted the board” after learning about the video. She has also spoken to authorities to determine the “next steps” the library should take against Dorr.

The organizers of Orange City Pride said in a statement to The Hill that they were aware of the video but are more focused on creating a “healthy, loving environment for the LGBTQ+ of the community.”

“We are thankful for the LGBTQ+ community here in NW Iowa for setting a positive example of building community in light of those who do violent, illegal things to prove a point,” read the statement.

Dorr said his actions don’t represent “any political party” and refused to comment to the Register.