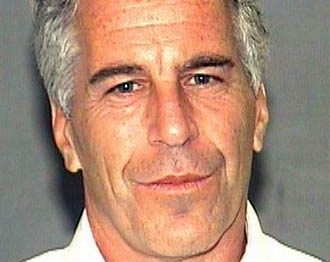 Convicted rapist Jeffrey Epstein allegedly forced one of his victims into a fraudulent same-sex marriage with his accomplice, according to the New York Post.

According to the suit, the victim known as Katlyn Doe was coerced into marrying Epstein’s “recruiter,” who worked to find vulnerable women and girls for him to sexually abuse. The recruiter was not a U.S. citizen, so Doe married her so she could remain in the country to work for Epstein.

Epstein allegedly offered Doe $20,000 to marry the recruiter – money she needed for a “serious medical condition” that required surgery. Doe met Epstein in 2007, when she was only 17 years old, and married the recruiter in 2013.

However, Epstein allegedly only held up half of the deal. He paid Doe $10,000 and promised the remaining funds when the marriage between the two women ended. He used the money as a cudgel to coerce Doe into “commercial sex acts,” according to the suit. But in 2014, he deemed Doe “too old” at 25, stopped having sex with her, kicked her out of the apartment she was living in with the recruiter, and refused to pay the remaining balance when the two women divorced in 2017.

“Plaintiff was never paid the additional ten thousand dollars Jeffrey Epstein had promised to pay her for the marriage favor, nor was she ever able to receive the surgery that she continues to need today,” the suit reads.

This lawsuit is one of three filed against Epstein, who was found dead by suicide in his jail cell in Manhattan earlier this month.