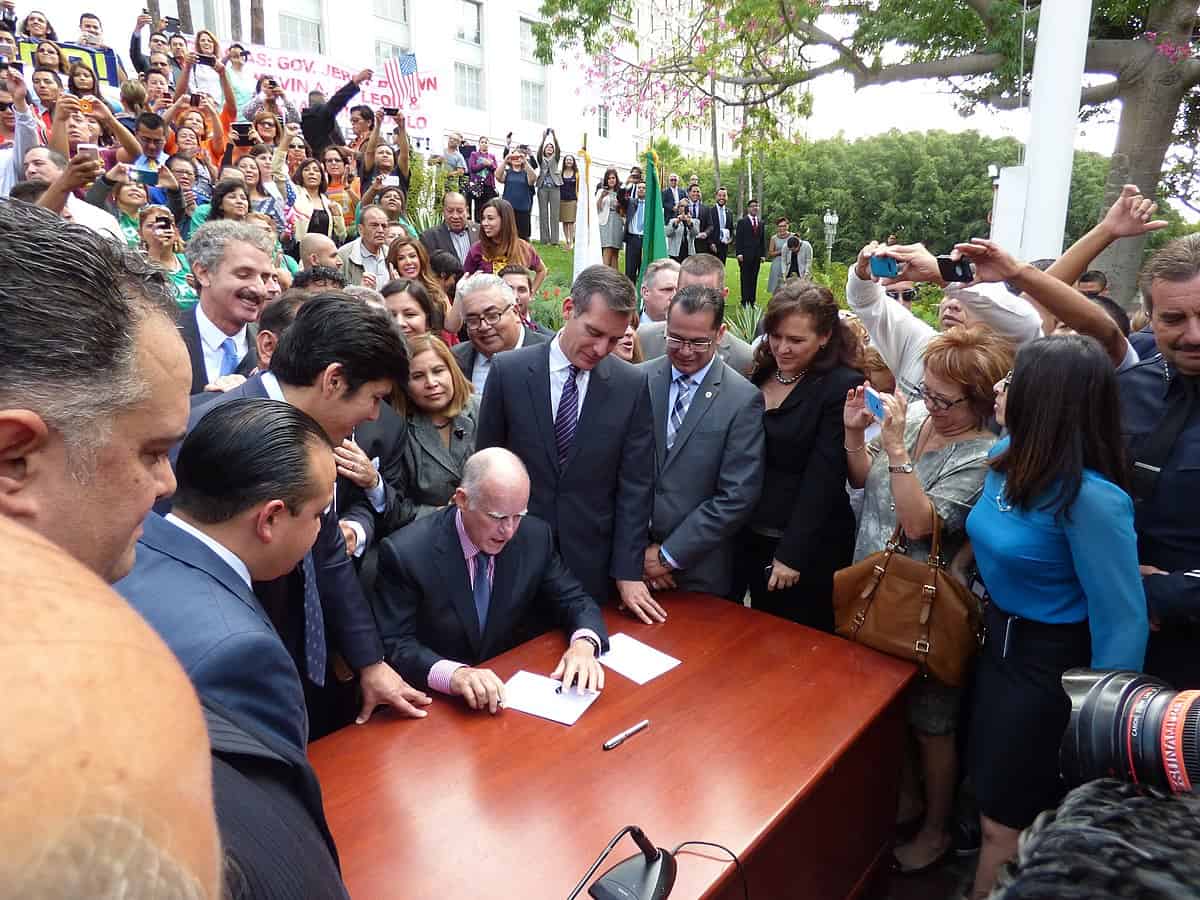 Sure, it’s a month later, but the machinery of government runs at its own speed. The governor of the Golden State, Jerry Brown, has signed a bill into law making June the official, designated, and approved Pride Month for the State of California.

California is the first state in America to give Pride sanction by enduring statute.

In his proclamation, Brown’s office noted that “In the movement toward equal rights for lesbian, gay, bisexual and transgender (LGBT) people, a historic turning point occurred on June 28, 1969, in New York City, with the onset of the Stonewall Riots.”

“During these riots, LGBT citizens rose up and resisted police harassment that arose out of discriminatory criminal laws that have since been declared unconstitutional.”

“In the decades since, civil rights for LGBT people have grown substantially, and LGBT pride celebrations have taken place around the country every June to commemorate the beginning of the Stonewall Riots.”

The law in question, Assembly Bill 2969, was authored by Assemblymember Evan Low (D-Silicon Valley). Low is, incidentally, the Chair of the California Legislative LGBT Caucus. The law codifies Pride as an official celebration, and gives it the same status as other holidays established under the rubric of law.

In a press release promulgated by Low, the Assemblymember noted that “The month of June is historically significant for the LGBT community.”

“The Stonewall Riots occurred in New York in June 1969 to protest police targeting of the city’s LGBT population. These riots, and the swift political organization that followed, are widely considered to be the commencement of the modern LGBT civil rights movement.”

For sympathetic states, an official proclamation supporting Pride is de rigueur by now. But establishing it as a rule by law is another step. California leads the pack in this regard.

For instance, Pride is not yet a national holiday, although the former President made it his business to officially note Pride every year of his administration. The current President has not done so.

California has the largest LGBTQ population of any American state.